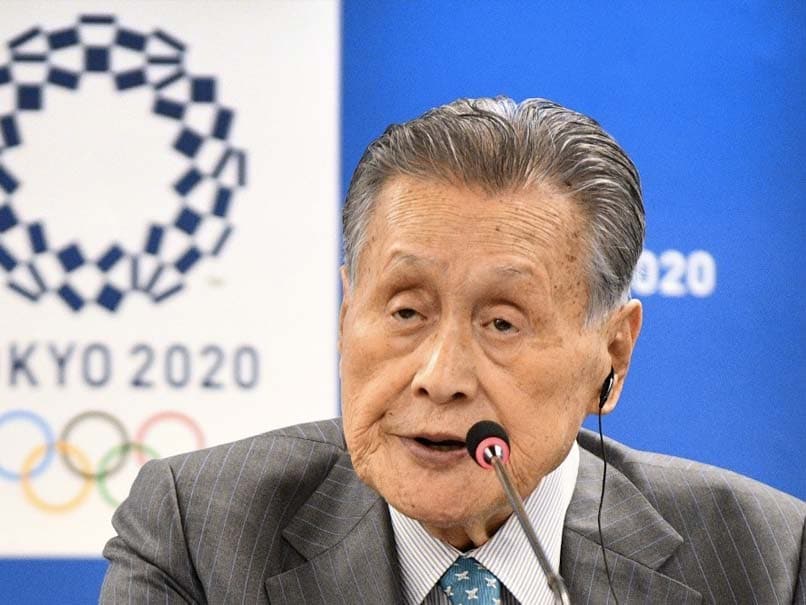 Japan’s gaffe-prone Tokyo Olympics chief apologised on Thursday for making sexist remarks that prompted outrage, but refused to resign and dug a deeper hole when he admitted he didn’t “speak to women much”. Mori’s comments, in which he said women speak too much in meetings, are the latest headache for organisers already battling public disquiet about the pandemic-postponed Games.

The 83-year-old former prime minister triggered further criticism when he admitted “I don’t speak to women much” in a hastily organised press conference called to make his apology.

And while Mori said his initial remarks were “inappropriate” he became defensive when questioned, insisting he had heard complaints that women speak at length.

Mori is reported to have said Wednesday that “board of directors meetings with many women take a lot of time”, according to the Asahi Shimbun daily.

“When you increase the number of female executive members, if their speaking time isn’t restricted to a certain extent, they have difficulty finishing, which is annoying,” he was quoted as saying.

Mori, who is known for his gaffes, did not dispute the report and told reporters he wanted to “retract” his comments.

“What I said… went against the spirit of the Olympics and Paralympics, and I recognise that it was inappropriate,” he said.

“I will reflect deeply on this. I would also like to retract what I said. I would like to apologise to everyone who was offended.”

But he added that he was “not thinking about resigning” and insisted he was responding to comments he had heard about women speaking for too long.

“I don’t speak to women much recently, so I wouldn’t know,” he added.

“You are asking all these questions because you wanted to write funny stories, aren’t you?”

The comments sparked a furious reaction in Japan, with the phrases “enough already,” “misogyny” and “we demand Yoshiro Mori resigns” all trending on Twitter.

Mori’s remarks were heavily criticised by opposition lawmakers in parliament, and Prime Minister Yoshihide Suga was booed loudly when he said he was “not aware of the details”.

After being read Mori’s comments, he said they were something “that should not be allowed.”

Mori told a newspaper earlier Thursday that his wife had given him a “thorough scolding” over his comments.

He made the remarks to members of the Japan Olympic Committee, some of whom were reported to have laughed in response.

The JOC decided last year to aim to have 40 percent female board members, but as of November, there are just five women among the board’s 24 members.

“We have about seven women at the organising committee but everyone understands their place,” Mori is reported to have told JOC members.

A government spokesman declined to be drawn on calls for his resignation, but JOC member and former judoka Kaori Yamaguchi called Mori’s comments “unfortunate”.

“Gender equality and considerations for people with disabilities were supposed to be prerequisite for holding the Tokyo Games,” the Sports Hochi newspaper quoted her as saying.

“It’s shameful,” she added, pointing out the Olympic Charter’s commitment to “practising sport, without discrimination of any kind”.

While ranking highly on a range of international indicators, Japan persistently trails on promoting gender equality, ranking 121 out of 153 nations surveyed in the 2020 global gender gap report of the World Economic Forum.

Mori has a history of making controversial remarks, and made waves earlier this week by insisting the pandemic-posted Games would go ahead this summer “however the coronavirus (pandemic) evolves”.

The comments came with polls showing around 80 percent of Japanese oppose holding the Games this year, and as several parts of Japan are under a virus state of emergency.

On Thursday, a popular Japanese comedian described those remarks as “incomprehensible” and said he would no longer take part in the Olympic torch relay.