Home News Toll-free movement of vehicles in Haryana till our demands are met: Farmer unions

Toll-free movement of vehicles in Haryana till our demands are met: Farmer unions 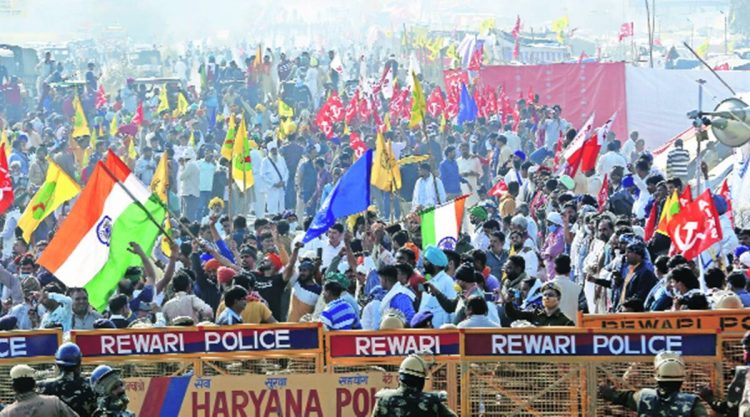 Intensifying their agitation against the new farm laws, farmer unions in Harayana announced that they will continue to allow toll-free movement of vehicles on highways until the Centre accepts their demands.

Initially, farmers no toll fee would be collected on highways for three days, from December 25 to December 27. But with a large number of farmers moving to the highways daily to stage protests at toll plazas, the agitators today announced to make it free for an indefinite period.

Haryana Bhartiya Kisan Union (BKU) president Gurnam Singh Chaduni said, “Today, we went to many toll plazas. There was an opinion of the common man that these toll plazas be made free permanently. In our national executive too, we have decided to make the toll plaza free for the movement of vehicles till the government doesn’t accept our demands. To ensure smooth functioning of agitation at toll plazas, the committees should be formed. The committees consisting of five to 15 members at every toll plaza will talk to the officers, if needed.”

Chaduni also addressed farmers at Makdoli toll plaza on Rohtak-Panipat national highway where the agitators are staging for the past three days.

Farmers are also taking on the JJP leaders more aggressively by gheraoing their residences and offices in different parts of the state. The BJP leaders too are facing similar protests. On Saturday, the farmers gathered at Bahal town of Bhiwani to plan opposition to the proposed rally of the Chief Minister Manohar Lal Khattar in the town on Sunday.

However, the CM’s meeting has already been postponed with state Agriculture and Farmers Welfare Minister JP Dalal claiming it was done keeping in the civic body elections scheduled on Sunday. On Saturday, Khattar did not go to Bhiwani too where he was scheduled to inaugurate a building at Chaudhary Bansi Lal University. He inaugurated the building through online mode.

An official source from the university said the CM’s visit was postponed keeping in view the farmers’ agitation. However, a spokesperson from Dalal’s office claimed there was already a programme of inauguration of the building through online mode only. Khattar had faced a major protest in Ambala recently where the angry farmers had showed him black flags.

The protesters Saturday gheraoed residence of Haryana JJP president Nishan Singh at his native village Mamupur in Fatehabad district asking him to withdraw the support from BJP-JJP government. They said the JJP had won 10 seats in 2019 Assembly polls mainly because of votes from farming community.