Home EntertainmentGossips Tom Holland on shooting for Spider Man 3: It’s the most ambitious standalone superhero movie ever made

Tom Holland on shooting for Spider Man 3: It’s the most ambitious standalone superhero movie ever made 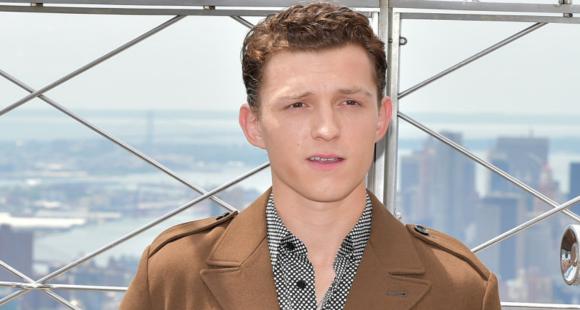 In a recent interview, Tom Holland confidently praised that he’s never seen a standalone movie quite like Spider-Man 3.

Tom Holland on shooting for Spider Man 3: It’s the most ambitious standalone superhero movie ever made

Tom Holland is suited up one more time as our friendly neighbourhood Spidey with the 24-year-old actor being neck-deep shooting for Spider-Man 3 in Atlanta, Georgia. While the countless theories on what MCU (Marvel Cinematic Universe) fans can expect from the third and concluding Spider-Man instalment unravels, Holland recently teased everyone with just how “ambitious” Spider-Man 3 really is.

During an appearance on Variety”s Awards Circuit Podcast, Tom exclaimed, “I can say that it’s the most ambitious standalone superhero movie ever made. You sit down, read the script, and see what they’re trying to do, and they’re succeeding. It’s really impressive. I’ve never seen a standalone superhero movie quite like it. And I’m just, you know, again, that lucky little shit who happens to be Spider-Man in it.” Furthermore, Holland also updated that the team has a lot more shooting left to complete.

Tom revealed that Spider-Man 3 kickstarted filming before Christmas and shot for like seven weeks. Then, they stopped the shoot for the Christmas break and as unveiled by all the set photos being shared on social media recently, the filming has resumed in full gear. “I’m just as excited as everyone else to see it, let alone be a part of it,” Holland concluded.

Are you excited to watch Tom Holland in Spider-Man 3? Share your excitement with Pinkvilla along with the weirdest theories you can come up with regarding the potential storyline of the third instalment in the comments section below.