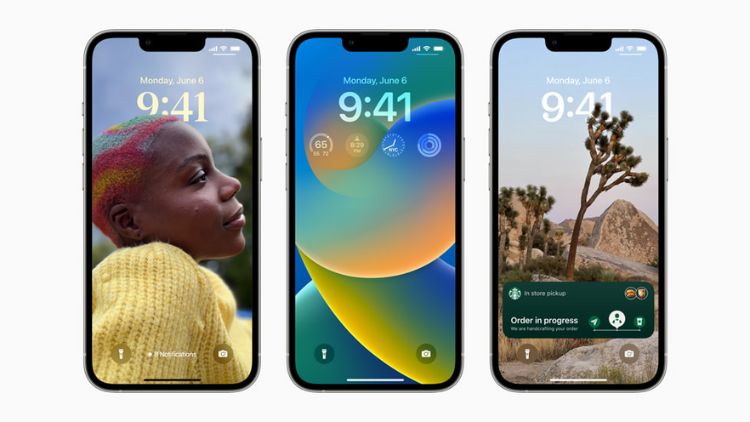 iOS 16 is here! At wwdc Apple revealed the next major version of iPhone software. There are quite a bit of new features, big ones, small ones, and some in between. iOS 16 adds new ways to communicate, like being able to edit messages you already sent in the Messages app, new tools to personalize your iPhone like the ability to customize your lock screen, and new privacy features for those in abusive relationships. All these add up to iOS that on paper feels fresh and contemporary, so let’s break down the biggest features and changes to iOS 16.

The messages app got a huge boost in features with the ability to edit a text after it has been sent. You can also undo or delete the message entirely up to 15 minutes after a message was sent and you can also mark a message as unread so that you can revisit it later.

You can also use share play with messages just like you can in facetime so with shareplay you can watch a TV show or use an app alongside someone else so you can communicate via the messages app you know via text instead of a facetime call while watching content. All of these features are limited to iMessage and aren’t available for SMS messages so something to keep in mind.

You can now totally customize the look of your lock screen and save multiple versions of your lock screen to switch between whenever you want to change things up. You can swipe to try out different styles of which there are many. You can also customize the fonts for the time and date as well as add lock screen widgets like temperature, activity rings, and a calendar widget. iOS 16 moves the lock screen notifications to the bottom of your display. This will be a big help anytime you use your iPhone one-handed.

iOS also aims to solve another notification problem. Sometimes you get a bunch of notifications from one app like the score of a basketball game. Now a new tool for developers called live activities makes it easier to stay on top of things that are happening in real-time from your lock screen instead of having a bunch of notifications. Live activities are like a mini live feed for things like sporting events or tech tracking the progress of an uber ride.

Apple added this new visual lookup feature that lets you grab the subject of an image, isolate it from the background and drag it onto another app it works automatically and it works incredibly well. It’s super easy to use and you can use this in photos, safari, screenshots, and more. All you do is just long-press on the subject of the image and it immediately separates it from the background and then you can just drag it and drop it into the new word document that you might have up or your messages box whatever the case may be and this is something that people would spend some time doing in photoshop, isolating something from a background that Apple has somehow figured out a way to do with one tap which is mind-boggling.

The iOS 15 live text feature that lets the iPhone detect text in photos has now been expanded to video so you can pause any video that you might be watching and you can then use copy and paste, look up and translate any text that you might see in the video and just select it like you normally would when using the live text feature.

Now one new thing is that you’re very soon going to be able to tap two iPhones together and just with that transfer money from one user to another user. The really big stuff comes to Apple pay which supports new types of payments and this has a new feature called “Apple PayLater” which lets you split the cost of an Apple pay purchase into four equal payments spread over six weeks with no interest and no fees.

So at the point where you’re buying something, Apple pays the full amount of that purchase to the company and then over the next six weeks takes back that amount bit by bit from your account.

It’s a new feature to help people in abusive relationships as well as anyone looking to get a better grasp on who has access to sensitive data. Safety check lets you review and reset who has access to your location information as well as your passwords, your messages, and other iPhone apps. It also allows you to reset your privacy settings and also to sign out of iCloud and Apple messages on all your devices except the one you’re using.

Even though there are a plethora of new features in iOS 16, these are only the top 5 features that we thought you would find interesting. To find out all about iOS 16 you can visit Apple’s official website: https://www.apple.com/ios/ios-16-preview/features/

(Note: iOS 16 will be available for iPhone 8 and later iPhones)