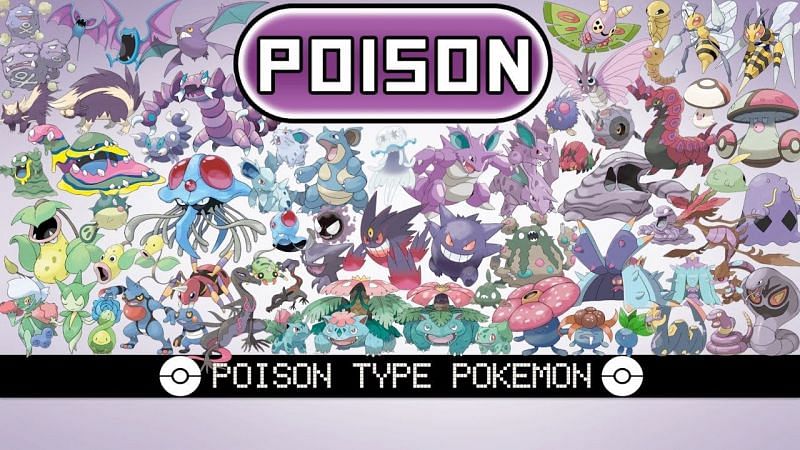 There are a lot of fan favorite Pokemon that are poison type in Kanto.

Kanto is teeming with popular Pokemon and a handful of them are Poison type. Even Team Rocket loves Poison Pokemon. Here are the top 5 Poison Pokemon from the Kanto Region.

Note: This list is subjective and reflects only the opinion of the writer.

James’s Weezing has gotten him out of a lot of bad situations. Weezing has been able to help them get away with Smokescreen, and even aid them in battle.

In the most recent main series game, Pokemon Sword and Shield, Weezing gained an alternate form. It’s Galarian form gave it an additional typing of Fairy, as well as new moves and a new ability.

Another Poison Pokemon that has stayed relevant throughout the anime is Arbok. Team Rocket’s Jessie used Arbok as her ace Pokemon for their journey through the Kanto Region. Arbok was a very capable Pokemon, typically only losing battle to Ash’s Pikachu.

Arbok is usually not a very usable Pokemon in competitive play, however, it’s screen time in the anime makes it more memorable than James’s Weezing.

Nidoking can sweep through the entire main story of Kanto games all by himself. The fact this monster can be obtained at level 16 is just insane.

Gary’s Nidoking was a monster, being able to throw Giovanni’s Golem around like a ragdoll. Nidoking has popped up a few times in the anime and was always super strong, except when it got thrashed by Mewtwo.

One of Ash’s newest teammates, Gengar, has been a powerhouse ever since its introduction in generation I. It’s proven to be a threat in Kanto, and even now on Ash’s team in Galar it’s taking wins left and right.

In the anime Gengar didn’t get too much screen time until recently, when it was caught by Ash. However Gengar is Elite Four member Agatha’s ace Pokemon.

The least popular of the original starter trio, Venusaur, has proven its worth throughout time, even though it wasn’t very popular in Kanto. Venusaur is very popular nowadays, but admittedly, it is pretty difficult to compete with Charizard and Blastoise.

May was seen using Venusaur briefly in the anime, but it had very low screen time in Kanto. Even though Venusaur was the least popular of the three Kanto starters, it does now see the most potential of the three in competitive play.