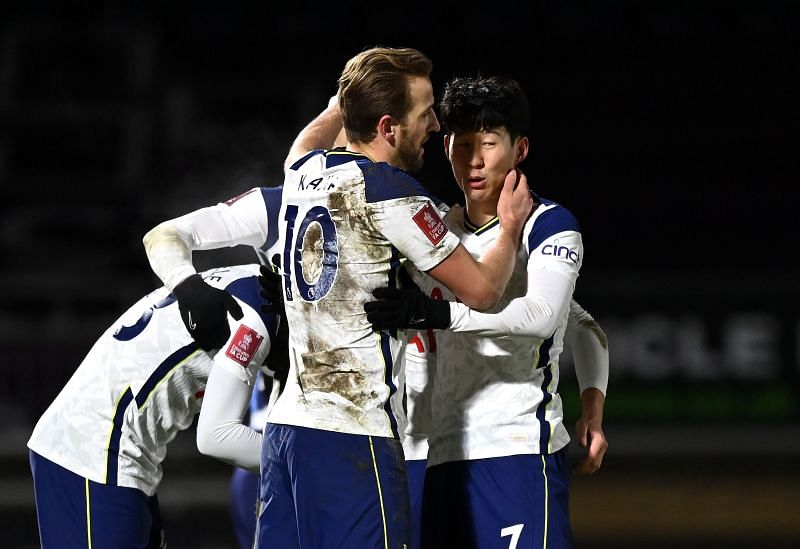 Thus far, the 2020-21 campaign has been a relatively strong one for Tottenham Hotspur, who currently sit in fifth place in the Premier League.

Tottenham have only lost three league games this season, and they’re also still involved in three cup competitions, giving them a good chance of finally winning a trophy after more than a decade.

Naturally, Jose Mourinho’s squad has been full of outstanding performers, but which players have impressed the most for Tottenham?

With that in mind, here are Tottenham’s top five players so far this season.

After an injury-hit 2019-20 campaign saw him score a somewhat disappointing 24 goals, the England captain has started the 2020-21 season on fire.

Kane has already scored 19 goals across all competitions for Tottenham, with 12 of them coming in the Premier League in just 18 games. But the striker has also widened his game dramatically and is also Tottenham’s leader when it comes to assists, having registered 13.

Rather than acting as a straight-up center-forward, Kane is now more than comfortable when it comes to dropping deep and looking to thread balls through for the likes of Son Heung-min and Steven Bergwijn.

In fact, you could argue that he’s not just Tottenham’s main goal source, but he’s their most creative player too.

Thus far, Kane has played in 25 matches this season for Tottenham, so their fans will be hoping that he can continue to stay fit. If he avoids injury, then the sky is the limit for Mourinho’s side.

The evolution of Tottenham under Jose Mourinho has been pretty amazing to see, but perhaps no player sums it up more than Tanguy Ndombele.

Tottenham’s record signing, Ndombele, arrived from Lyon in the summer of 2019 for around £63m, but for a while at least, it looked like he’d go down as an expensive flop.

The Frenchman struggled for fitness and form throughout 2019-20, and when Mourinho arrived, it looked like the Portuguese would make an example of the midfielder. He publically criticized him on numerous occasions, and it looked like he was on his way out of the club.

Something changed prior to the start of 2020-21, though. Ndombele clearly began to knuckle down in training. After scoring the winner in a Europa League qualifier against Lokomotiv Plovdiv, he found himself back in Mourinho’s first team in Premier League action.

Since then, the French midfielder has been a revelation. Playing in an advanced role, Ndombele is usually tasked with bringing the ball forward, and it’s a job he’s excelled in. At times, despite an odd gait, it seems nearly impossible to get the ball off him – even when multiple opponents surround him.

And more recently, Ndombele has started scoring goals for Tottenham too. He’s now netted six in the current campaign, more than any other Tottenham player not named Kane or Son.

If Ndombele can keep up his current form going forward, he could well be the key man in any kind of Tottenham title challenge. He’s a unique talent, and if Mourinho can continue to unlock that talent, he might’ve unearthed one of the Premier League’s best midfielders.