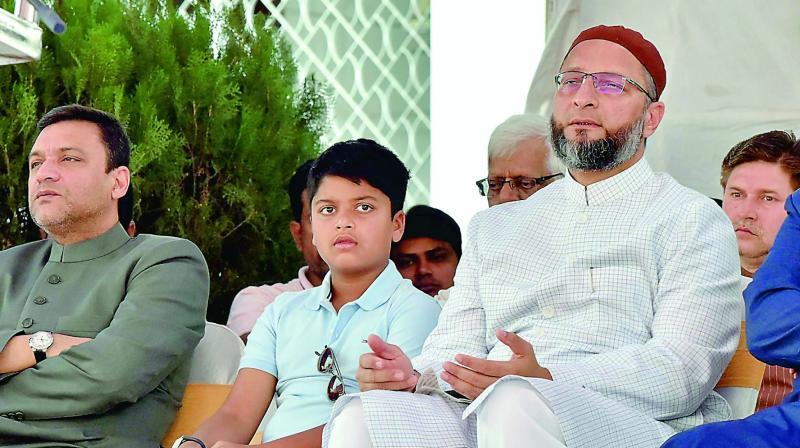 Kolkata: The Trinamul Congress on Monday roped almost the entire West Bengal leadership of All India Majlis-e-Ittehadul Muslimeen (AIMIM) including its state “face” Sheikh Anwar Pasha in its fold, dealing a severe blow to Asaduddin Owaisi’s outfit to stop it from snatching the Muslim votebank away from its command in the next year’s Assembly Election in West Bengal.

With an eye on the 30 per cent Muslim population in the state, the TMC had started cultivating Mr Pasha, who was the AIMIM head in the state, and 17 other senior functionaries quietly in wake of the AIMIM’s victory in five seats in the recently concluded Bihar Assembly polls. Among other leaders who quit the AIMIM and joined the TMC included Murshid Ahmed, Sheikh Hasibul Islam, Jamshed Ahmed, Intekhab Alam, Abul Kashem, Syed Rahaman and Anarul Mondal.

At the Trinamul Bhawan in the city, state minister Bratya Basu sitting next to Mr Pasha said, “He was the face of AIMIM and it’s pillar here. Shunning communal and divisive politics however he and others joined our party in attraction of our party supremo and CM Mamata Banerjee’s vision for peace and development.”

Tearing into Mr Owaisi, Mr Pasha alleged, “A section of people is taking our country to the path of destruction by misusing our faith. Lot of powers including those who wear saffron or green are eyeing Bengal. They are trying to create a division. AIMIM played a role in the polarisation of votes in Bihar which helped the BJP in forming the government there. But it will not happen in Bengal.”