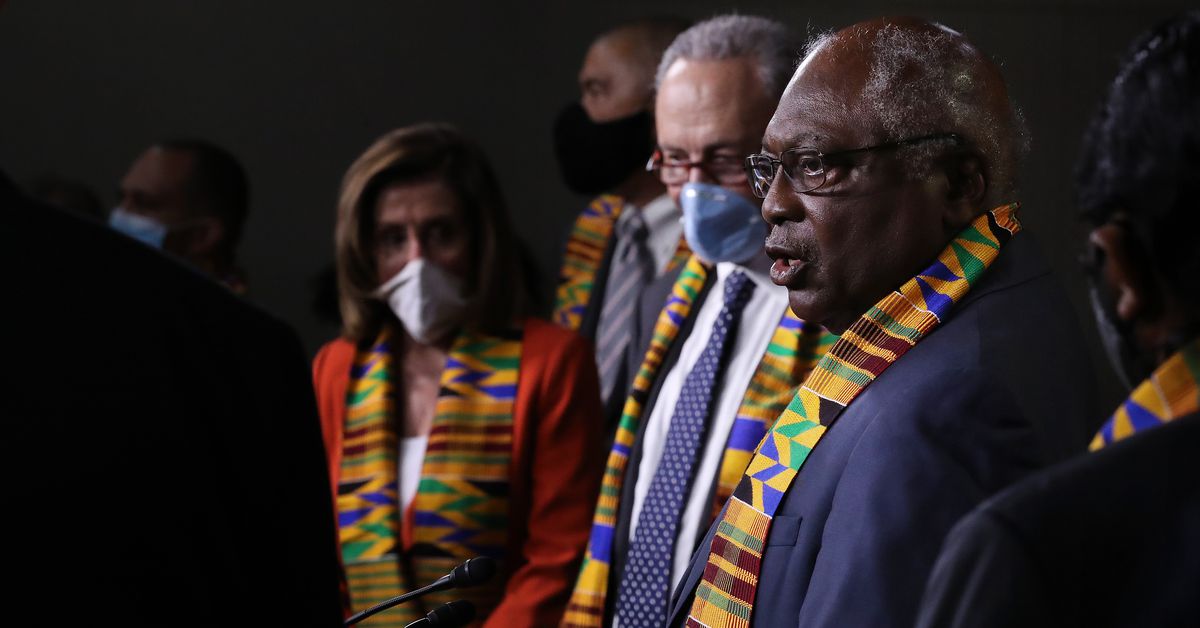 Punchbowl News co-founder and Capitol Hill veteran John Bresnahan reported Sunday that the House will hold a brief session Monday. Rep. Ted Lieu (D-CA), who helped draft the articles of impeachment, tweeted that the articles would be introduced at this session and that, as of Sunday afternoon, they had 200 cosponsors.

The House move to begin impeachment proceedings comes in response to Trump’s role in inciting a deadly insurrection at the US Capitol last Wednesday, with the goal of stopping, delaying, or interfering with congressional certification of the 2020 presidential election. The articles of impeachment draft that has been made available addresses this by accusing Trump of “incitement of insurrection.”

But the final articles may also address earlier efforts Trump made to overturn the results of the election. Clyburn told CNN’s State of the Union that he thought a series of phone calls in which Trump cajoled and threatened Georgia state election officials in an effort to have them overturn the state’s presidential vote results “is impeachable and I think it should be brought into the discussion.”

Some Democrats, including Sen. Joe Manchin (D-WV) discouraged their party from pursuing immediate impeachment charges, saying that focusing on quickly passing legislation at the start of the new administration and confirming Biden’s Cabinet should take precedence.

“We have to put our government together quickly — that’s the most important thing we should do,” Manchin told the Washington Post Friday. “We don’t need any more political theater.”

Addressing these concerns, Clyburn indicated to CNN that House Democrats may sit on impeachment until after President-elect Biden’s first 100 days have passed, giving priority instead to the new president’s policy agenda.

Clyburn said figuring out the best way to balance impeachment with the beginning of Biden’s term will ultimately fall to House Speaker Nancy Pelosi, but said he would suggest, “Let’s give President-elect Biden the 100 days he needs to get his agenda off and running, and maybe we will send the articles sometime after that.”

Rep. James Clyburn says while he expects the House will take action on the article of impeachment against Pres. Trump this week, House Democrats might wait until after President-elect Biden’s first 100 days in office to send the article to the Senate. #CNNSOTU pic.twitter.com/aLjjNWAxG9

Regardless of when the House might deliver any potential articles, there is likely to be some delay on the Senate side. Friday, Senate Majority Leader Mitch McConnell (R-KY) circulated a memo to his GOP colleagues laying out a potential schedule should the House immediately send articles of impeachment to the upper chamber. In it, McConnell writes that a trial wouldn’t begin until January 19 at the earliest, a day before Trump is supposed to leave office.

If the impeachment process leads to a Senate trial, it is not clear Democrats will have the 67 votes needed to convict Trump; after newly-elected Georgia Democrats Rev. Raphael Warnock and Jon Ossoff are sworn in as senators, Democrats will have a slim one-vote majority in the chamber (with Vice President-elect Kamala Harris as the tie-breaking 51st vote).

There are two Republican senators, Sens. Pat Toomey and Lisa Murkowski, calling for Trump’s resignation, but so far, no GOP senators have said they would vote to convict him.

In the House, there does seem to be enough support for a successful impeachment — beyond the draft article’s 200 cosponsors, over 220 Democrats in the chamber have publicly indicated support for impeachment proceedings.

If impeached, Trump would become the first president in US history to be impeached twice.

Given possible delays in the Senate, Trump’s removal from office via a Senate conviction seems unlikely before his term expires on January 20.

A more rapid form of removal could come through the vice president and the Cabinet invoking the 25th Amendment — which allows those parties to depower a president deemed unfit for office.

But Vice President Mike Pence decided against invoking the 25th Amendment earlier this week, despite reportedly facing pressure to do so from some Cabinet members. According to CNN, Pence has chosen to keep that option in his back pocket in case Trump’s behavior worsens in his term’s final days.

As Vox’s Andrew Prokop has reported, Democrats initially hoped Pence would lead a removal through the 25th Amendment. Now that it is clear that isn’t going to happen, Democrats are arguing they have no choice but to proceed with impeachment.

Sunday, Rep. Alexandria Ocasio-Cortez (D-NY) told ABC’s George Stephanopoulos that “every minute” that Trump remains in office “represents a clear and present danger,” adding she hopes that Congress can bar Trump from holding office again through the impeachment process.

Several prominent Republicans, like Trump allies Sen. Lindsey Graham (R-SC) and Rep. Jim Jordan (R-OH), have argued against impeachment, calling instead for “healing and unity” after the insurrection. But Ocasio-Cortez pushed back against that rhetoric Sunday, saying “The process of healing is separate and in fact requires accountability … because without it, it will happen again,” she said.

Rep. Ocasio-Cortez pushes back against some GOP lawmakers suggesting a second impeachment of Pres. Trump would threaten unity: “The process of healing is separate and in fact requires accountability… because without it, it will happen again.” https://t.co/wbex0bS4Sb pic.twitter.com/6QcDczitua

Sen. Chris Coons (D-DE) echoed Ocasio-Cortez in comments to CBS’s Face the Nation on Sunday, saying that “there can only be reconciliation with repentance.”

“Many of my Republican colleagues are now calling for healing and for us to come together. I’ll tell you that there can only be reconciliation with repentance.” — Sen. Chris Coons pic.twitter.com/dl6Sg1lNUQ

Essentially, Democrats are arguing that impeachment, even if done after Trump leaves office, will make it clear that incitement of an insurrection by federal elected officials is a line that must never be crossed again.