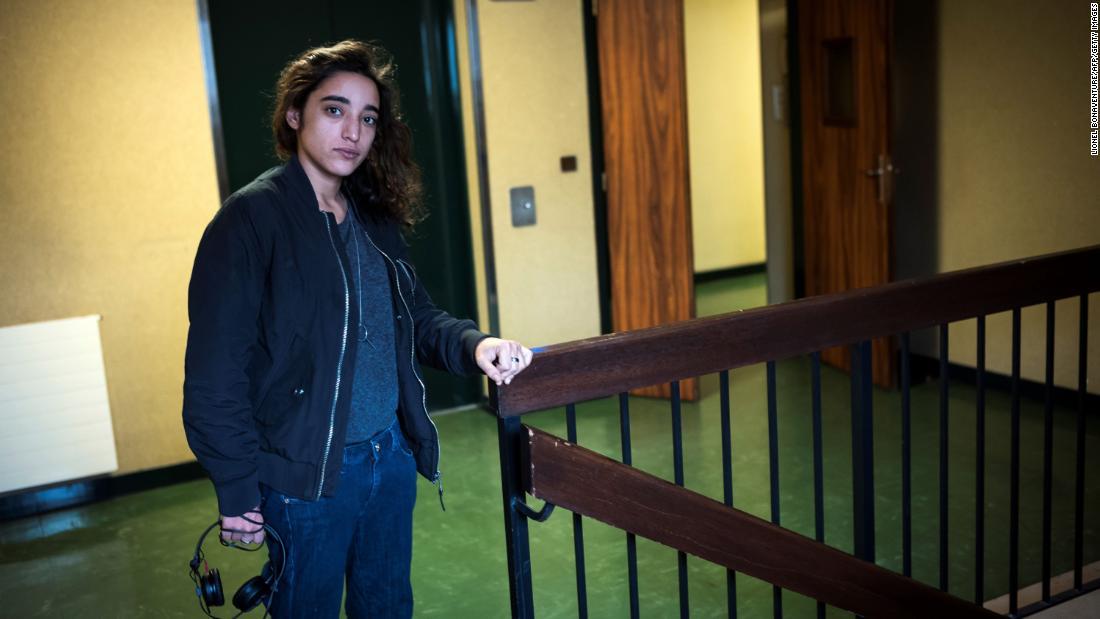 PA security forces detained DJ Sama Abdul Hadi and several others at the party on Saturday at Nabi Musa, the site where Moses is believed to be buried, which lies in the West Bank between Jerusalem and Jericho.

Videos were posted on social media of the event, sparking anger from local Palestinians. This footage, together with reports of partygoers drinking and taking drugs at the holy site, prompted hundreds of people to descend on the party to break it up. Many were also angry with the PA for allowing it to go ahead.

PA Prime Minister Mohammad Shtayyeh has said an investigation is underway and that those responsible for the event would be brought to justice.

Hadi Mashal, a lawyer representing Abdul Hadi, told CNN she is being charged for violating article 275 of the Palestinian penal code, which criminalizes the “desecration” of holy sites or symbols done with the intent to insult a religion or particular group.

“Is she in violation of the article to date? All I can tell you is; I don’t see how,” Mashal said. “But the investigation is still not over. We hope it will be completed in a few days.”

The DJ’s father, Saad Abdul Hadi, told CNN he was very disturbed by his daughter’s detention, and rejected claims she had desecrated a holy site, saying the party had taken place in another part of the compound.

“It’s not true that people were drunk or taking drugs,” he said. “It is also not true that she was playing techno music at the mosque — in fact no one entered the mosque. It was all held in the bazaar, where visitors come to shop and to stay at the guesthouse.”

Saad Abdul Hadi said his daughter was being singled out by the PA to hide its embarrassment over public reaction to the party.

“It seems the Palestinian Authority didn’t know how to control the anger of the street, so they used Sama as a scapegoat for something the street saw as a mistake.”

Saad Abdul Hadi added that his daughter had been commissioned by a Paris-based production company to perform at a number of Palestinian historical sites, and had received permission from the Palestinian Ministry of Tourism and Antiquities, which is responsible for the bazaar at Nabi Musa, unlike the site’s mosque which is handled by the Ministry of Religious Affairs.

CNN has obtained a letter from the tourism ministry, granting DJ Sama and the production company permission to film at Nabi Musa, as long as they “adhere to the necessary safety measures” and “respect the site’s religious and cultural significance and privacy.”

Abdul Hadi has also been charged for violating Covid-19 procedures, according to her lawyer.

CNN has reached out to the Ministry of Tourism for comment. PA Prime Minister Shtayyeh is also the minister for religious affairs.

But prominent religious figures have been quick to denounce the techno party, in an indication of how highly charged the episode has become.

Mahmoud Al-Habbash, the PA’s supreme judge and adviser to its president on religious affairs and Islamic relations, said in a tweet: “I feel disgusted and angry about what happened in the Nabi Musa Mosque … and I still don’t know who is responsible for this sin, but whoever is responsible must receive a deterrent penalty commensurate with the atrocity of what happened, because the Mosque is the House of God, and its sanctity is the sanctity of our religion.”

In an interview with Palestinian radio station NAS Radio, Hussam Abu-Alrub, the deputy minister of religious affairs, stated that it was his ministry who was responsible for the Mosque, and yet no permission was taken to hold any event inside it.

“The act that was committed was unacceptable and outside all of our religious principles,” Abu-Alrub added. “We at the Ministry of Awqaf will not stay quiet and will be following up with the investigation.”

DJ Sama is one of the most popular DJs in the region, and among the first Palestinian female to gain major prominence in the electronic music community.

A petition for her release has already gained over 50,000 signatures, and the hashtag #FreeSama has gone viral on social media, with users describing her detention as an attack on artistic freedom.

Her lawyer urged people to look at the facts. “If she wasn’t given a license, the event wouldn’t have happened. Period,” Mashal said. “Therefore, who’s responsible for not thinking about what the reaction would be? I don’t know. Is it Sama’s fault? That remains to be seen.”