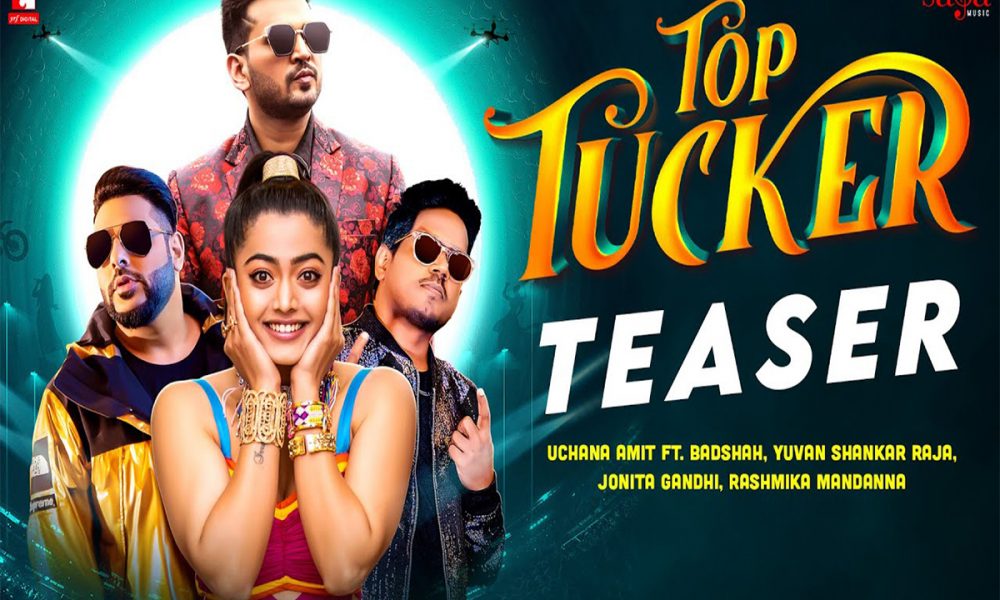 Popular hit-maker Badshah has teamed up with noted singer, songwriter and composer from the south Yuvan Shankar Raja to produce a brand new track known as ‘Top Tucker’. Another exciting thing about the track is that celebrated actress Rashmika Mandanna will also be a part of the music video. The teaser for the same was also released very recently.

The music video for the same featured Badshah and singer Amit Uchana posing as kings. They are trying to impress a queen who is being portrayed by Rashmika Mandanna. Further into the teaser, it is revealed that both Badhshah and Amit Uchana will be playing double roles in the music video.

Artists like Amit Uchana, Jonita Gandhi have also voiced the song along with Badhshah and Yuvan Shankar Raja. Fans are extremely excited to see this mega collaboration.

Rashmika’s look in the music video was also revealed through quick sequences within the teaser and featured her wearing a vibrant outfit with lots of heavy traditional jewellery.