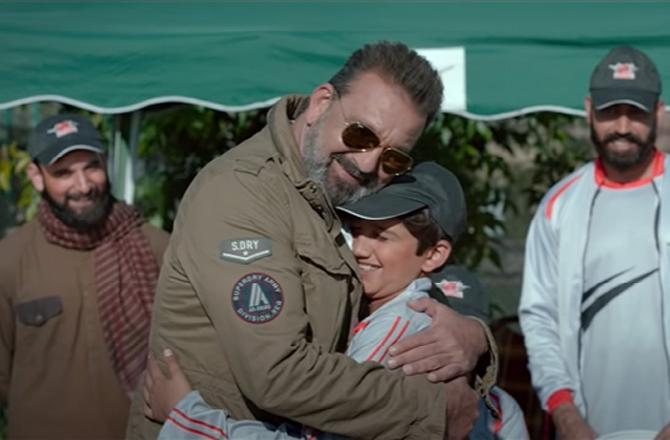 Sanjay Dutt’s Torbaaz follows the journey of an ex-army doctor, who rises above his own personal tragedy, and tries to change the lives of refugee camp kids by coaching them in cricket. The film also stars Nargis Fakhri, and is directed by Girish Malik.

Watch the trailer of Torbaaz below:

Torbaaz will be releasing on Netflix on December 11. Sanjay Dutt took to Instagram to share the news with his fans, and wrote, “It’s when good people do nothing that the bad guys win! #Torbaaz, premiering 11 December, only on @netflix_in”

Talking about why the post-production of Torbaaz took almost a year, director Malik attributes it to the visual effects employed in the thriller. He told mid-day, “The film is high on VFX; we have recreated the entire city of Kabul with the help of special effects. Such films take time.”

Describing the plot of Torbaaz, Sanjay Dutt had written on his Instagram handle, “A man rises from personal tragedy to lead a group of children from a refugee camp to victory, transforming their lives through the game of cricket. It’s almost time to play!”

Are you excited to catch this movie in December?

Also read: Sanjay Dutt’s Upcoming Film Torbaaz: Here’s All You Need To Know About The Film