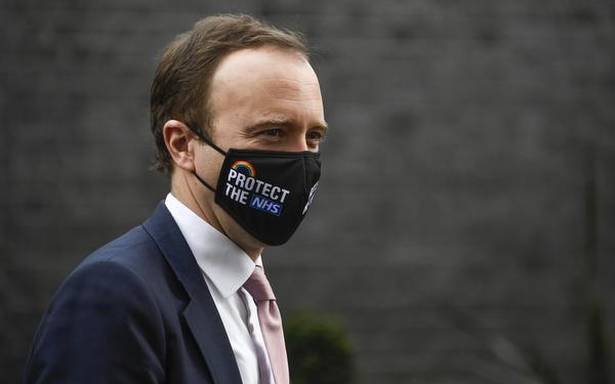 London and southeast England may stay under tighter coronavirus curbs for some time, Britain’s health minister suggested on Sunday, adding that dropping plans to ease restrictions for Christmas was needed to stem a fast-spreading new strain.

The government faced criticism for imposing an effective lockdown on more than 16 million people just days before Christmas, but Matt Hancock said Saturday’s decision was taken speedily after new evidence showed the new strain was responsible for spiralling COVID-19 cases.

Announcing the measures, Prime Minister Boris Johnson abruptly tore up plans to allow three households to mix indoors for five days over the festive period, and imposed new Tier 4 level curbs – similar to a national lockdown in March – on London and southeast England.

Mr Hancock suggested the tougher measures – which require about a third of the population of England to stay at home except for essential reasons such as work – might stay in place until vaccinations become more widely available.

“We’ve got a long way to go to sort this,” Mr Hancock told Sky News.

Keir Starmer, leader of the opposition Labour Party, told a news conference that while he supported the new measures, “yet again the prime minister waited until the 11th hour to take this decision.

“The alarm bells have been ringing for weeks but the prime minister chose to ignore them … He told the country to go ahead and have a merry little Christmas … and yet three days later he tells millions of families to rip up those plans,” he said, referring to comments Mr Johnson made on Wednesday.

Ministers say the new coronavirus strain, which has been identified in Denmark, the Netherlands and Australia, is up to 70% more transmissible than the original but that there is no evidence that it is more lethal or causes more severe illness.

Soon after Mr Johnson announced the changes on Saturday afternoon, some in London headed for the capital’s train stations to try to travel to see relatives over Christmas, and there were scenes of crowding – something Mr Hancock called ”totally irresponsible”.

The new rules came into force on Sunday.

Transport minister Grant Shapps called on people under the new restrictions not to travel. More British Transport Police officers were being deployed to ensure that “only those who need to take essential journeys can travel safely”, he said in a statement.

With non-essential retail stores, as well as places like gyms and hair salons, ordered closed in the Tier 4 areas some businesses called the new measures a “real kick in the teeth”.

Mr Hancock said the government recognisd that the economic impact of the new measures would be “severe” but that it had to weigh that against the health consequences.

Like other countries in Europe, Britain is battling to contain new waves of the virus. It reported 27,052 new COVID-19 cases on Saturday, taking the total over 2 million, and 534 more deaths, taking the overall official toll to more than 67,000.

It began rolling out innoculations using the vaccine developed by Pfizer and BioNTech earlier this month.

Speaking on the BBC, Mr Hancock said a new national lockdown was “not necessarily” inevitable to stem the rise in cases.

“One of the reasons we brought in the strict travel movements in Tier 4 … is to try to stop this new variant from spreading,” he told the “Andrew Marr Show”.