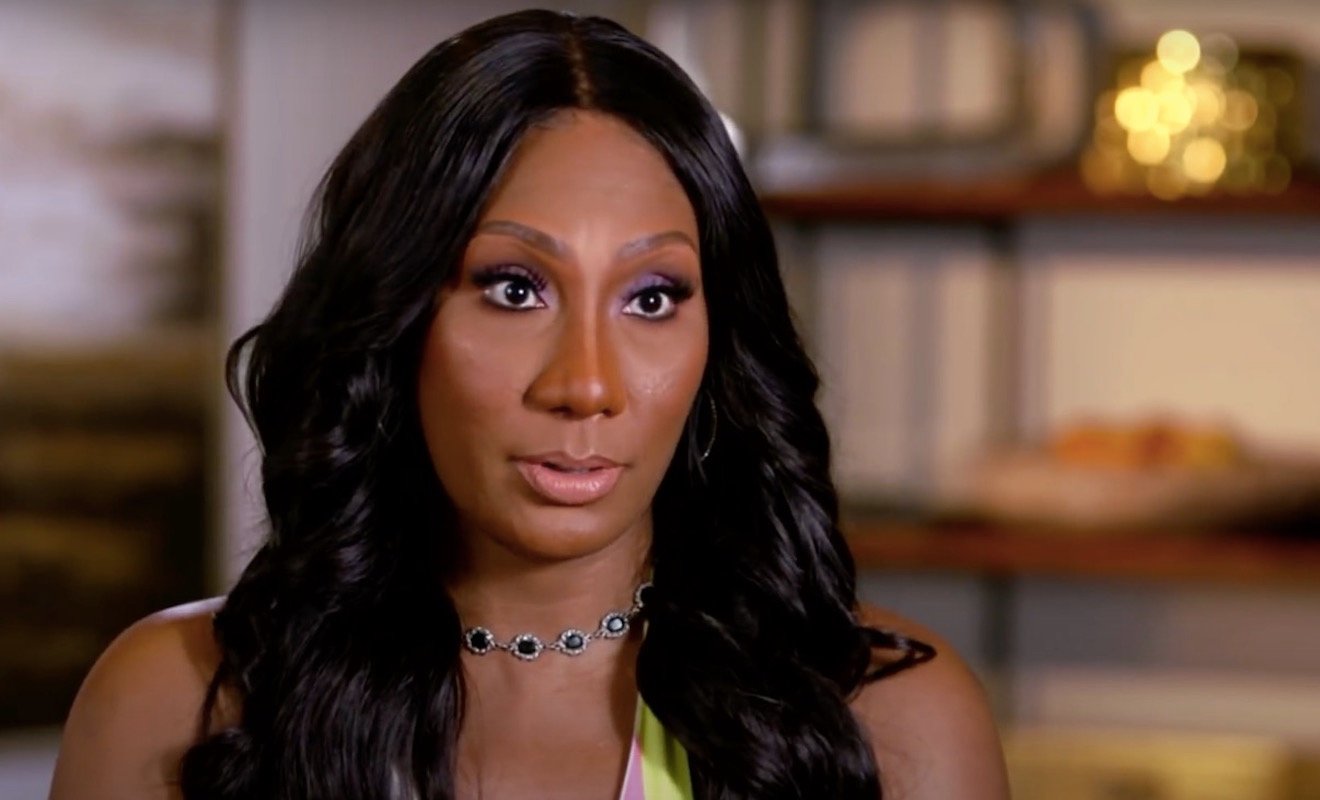 Towanda Braxton and her man have a new episode up on YouTube, and she made sure to drop the announcement on her social media account. Check out the clip and some of the fans’ reactions below.

‘@kingladybug Me and my honey have a new episode up on YouTube. Make sure you guys subscribe. Another episode will be up tonight!! #funcouple #love #blacklove #relationshipgoals #fun #kingladybug,’ Towanda said.

Someone posted this: ‘Awww he was on the interaction bad Towanda lol may you be blessed,’ and a commenter said: ‘He’s handsome! Did you do something to your nose?’

One other fan said: ‘I have said so many times that I want ToWanda to play Nefertiti, but this is close enough I guess.’

Someone else posted this message: ‘I love how y’all taking each other mannerisms and lingo so cute.’

On YouTube, someone said: ‘Mr. Braxton spoke a word when he said, “Pain is often necessary. Misery is an option; Misery is a choice.” Baby that was a WORD, that would Preach!!! I wrote it down.😊’

Someone else posted this: ‘Sean, Thank you for showing up how it really works behind the scenes 🤗…. now I know the producers kind of guide you guys to say and do things. It all makes sense now.I’m happy to see that Towanda is choosing her happiness over everyone else’s. I always thought that her and Toni carried the burden of the family and kept putting their happiness aside for the good of the family. Now they both are choosing to be happy! 🤗❤️’

A fan said this: ‘I feel Towanda I grew up the same way. I was the child my parents never had to worry about. I’m learning how to set boundaries as well. Because its draining taking care of everybody with little room for yourself.’

Check out the post that she shared on her social media account in order to mark the event.

RELATED: Towanda Braxton Is Living Her Best Life And She’s Not Shy To Flaunt It – See Her Video

RELATED:  Aashiqui fame Rahul Roy gets discharged from hospital; Actor's speech & physiotherapy to continue for a while