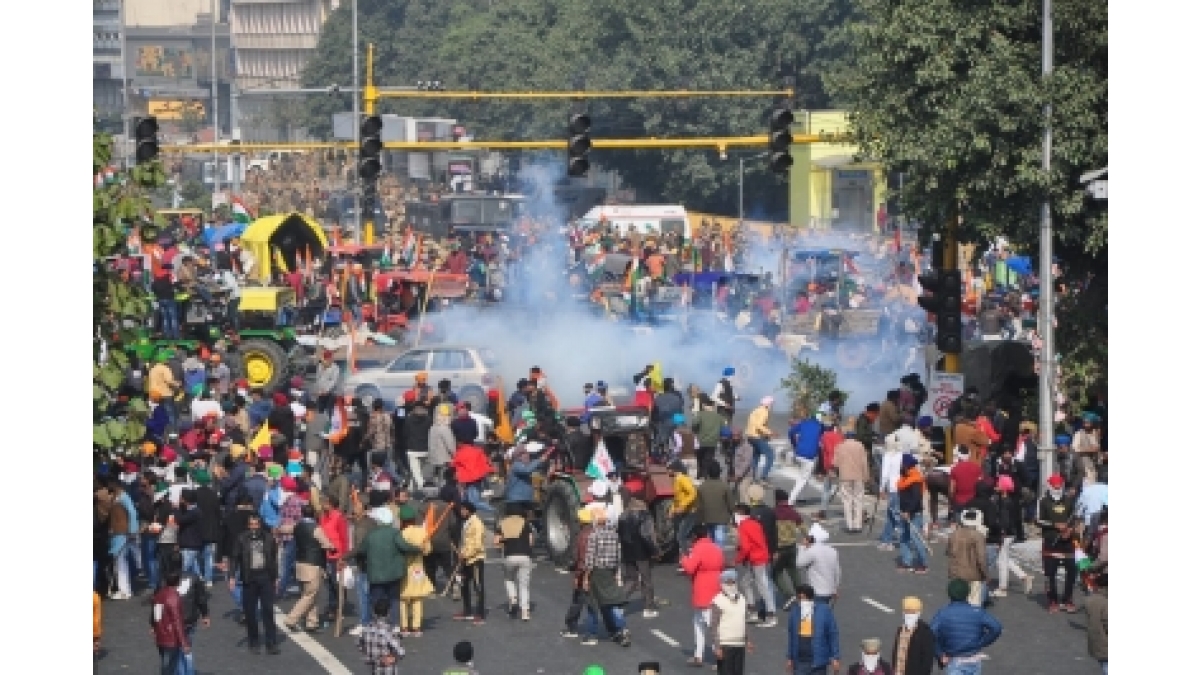 The case against them was registered under various sections of Indian Penal Code including 147, 148 (related to rioting), 120B (criminal conspiracy) and 307 (attempt to murder).

According to official figures, 394 policemen were injured in the violence. Most of them are hospitalised while some are in the ICU. More than 25 criminal cases have been registered, 19 people have been arrested and as many as 50 protesters detained.

A day after pitched clashes between farmers and police as the tractor parade drove into areas other than those permitted, Delhi Police Commissioner S.N. Shrivastava on Wednesday said that it was a breach of trust by the protesters and those involved in the violence would not be spared.

Shrivastava said that some “aggressive elements” led the protest and created ruckus and violence.

“The violent protesters broke the barricades and reached Mukarba Chowk and their leaders, Satnam Singh Pannu and Darshan Pal Singh, sat there and did not move to the designated route. Pannu also gave a provocative speech there and instigated the protesters to break barricades,” he said.

Other farmer leaders including Boota Singh Burjgil were also indulged in violence, the police said, while Rakesh Tikait along with other protestors were involved in violence at the Gazipur border.

He said that the Delhi Police has taken serious note of the Red Fort violence and everyone found involved would be taken to task. He also said that face recognition system would be used to identify those found involved in the violence.

Meanwhile, he also visited the hospital and met the injured policemen on Wednesday.