Home Technology Trading bots: Is it game over for human financial analysts?

Trading bots: Is it game over for human financial analysts? 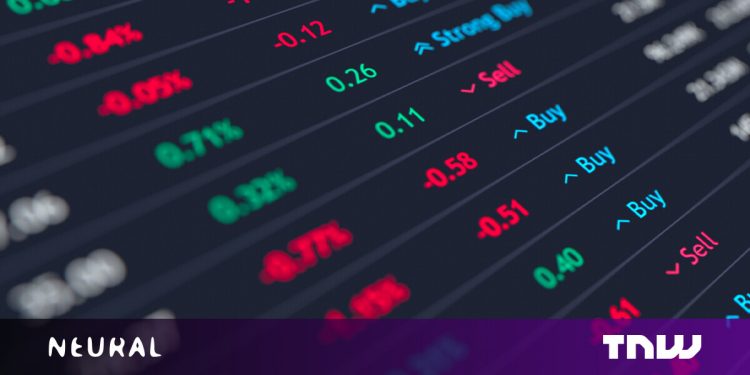 It’s often said that a trader’s worst enemy is himself. Behavioral biases tend to throw otherwise rational trading strategies out of whack as anxieties over loss aversion, the fear of missing out, or even overconfidence take control—ultimately putting portfolios in jeopardy. Fortunately, technology has progressed to a point where impulsive decision-making humans can be replaced by unerring and emotionally-neutral trading bots. And some believe they’re the future of finance.

When evaluating an investment, traders use several strategies to better identify entry and exit opportunities. Among them is qualitative and quantitative analysis. The latter involves statistical modeling on technical aspects such as volatility and historical performance, while the former concerns data analysis pertaining to company management, earnings, competitive advantage, and other such subjective information.

Per the 2020 PwC–Elwood Crypto Hedge Fund Report, however, it’s the quantitative approach that stands as a clear favorite among crypto fund managers. According to the report’s survey, a significant 48% of respondents claimed to use a quantitative strategy. And the rationale behind it is perfectly clear. It all boils down to eliminating cognitive biases—something which is all too prevalent in trading. This goes double for the crypto market, where volatility reigns king.

Furthermore, given the data-centric features of the cryptocurrency market (the multitude of trading venues, transaction volumes, fees, market capitalization, etc.), quantitative analysts can dig down deeper than they typically would in traditional financial assets—providing further scope for calculability and prediction.

Regardless of how refined a trader’s analytic prowess may be, cognitive bias represents an ever-present threat.

There have been multiple studies into the influence of cognitive bias in trading—and just as many tactics attempting to overcome it. Behavioral finance—a subfield of behavioral economics—argues that psychological influence is the sole reason for market irregularities, such as price crashes and parabolic upside movements.

A study administered by researchers of the MIT Sloan School of Management examined the emotional reactivity on trading performance. The report concluded that extreme emotional responses are detrimental to trader returns, particularly during volatility and times of crisis.

However, a differing, almost antithetical school of thought to behavioral finance, known as modern portfolio theory (MPT), assumes that the market is efficient and that traders are totally rational.

Neither behavioral finance nor MPT is entirely correct, but neither is wholly incorrect either. Like the yin and yang of investment, these two approaches equalize each other, providing traders with a comfortable and realistic middle ground.

However, it’s MPT’s approach to portfolio construction that truly stands out as a strategy to avoid behavioral biases, especially loss aversion bias, i.e., favoring the avoidance of losses over potential gains. MPT argues that diversifying between multiple assets can maximize returns despite the risk-return profile of individual assets. In other words: don’t put all your eggs in one basket. This method evades loss aversion bias by offsetting risk through pairing uncorrelated assets. And it’s just one of the strategic tools in the trading bot arsenal.

Trading bots, which come in both analyst and advisor varieties, are designed to take on the traditional research advisor and analysts’ role, and often employ a mixture of the aforementioned strategies (particularly quantitative analysis and diversification) to attain their user’s goals. A typical robo advisor will build a basket of data based on the risk profile of the client, whereas robo analysts will delve into SEC filings and data released in annual company reports. But it’s their ability to combat cognitive bias amid volatile, stressful, and high-pressure market situations that place these bots a cut above the rest. And they’ve already proven to outperform their human counterparts as a result.

In December 2019, researchers from Indiana University evaluated over 76,000 research reports issued over 15 years by a range of robo-analysts. As it turns out, the robo buy recommendations outperformed those of the human analysts, granting 5% higher profit margins.

But not all robo analysts and advisors are created equal. This year, researchers measured the performance of 20 German B2C robo-advisors, assessed from May 2019 to March 2020—a time frame that serendipitously coincided with both a bull market in 2019 and the onset and fallout of the coronavirus pandemic. The disparity between the bots was tremendous, with the top robo advisor limiting downdraws to just -3.8% and outperforming the rest by around 14 basis points on average—a fairly impressive feat considering March’s market-wide double-digit collapse, which brought average year-to-date losses of 9.8% for hedge funds.

The principal difference between the top performer and the others was its strategic approach. Rather than the typical portfolio constructs, based on conventional measures of risk, the top performer measured precisely what traders are scared of: losing money and taking a long time to recover from those losses. By factoring in quantitative analysis and behavioral finance, the top performer was able to read the market, outperforming both robo advisors and human-run funds.

It comes as no surprise then that major banks are starting to turn to automated researchers. Last year, Goldman Sachs announced its own robo-advisory service. While the launch is delayed until 2021 to the coronavirus, the market for robo advisors hasn’t slowed down, with usage increasing between 50 and 30% from Q4 2019 to Q1 2020.

But given its data-rich and risk-on landscape, the crypto market is where robo analysis will truly deliver.

This article was originally published by Anton Altement on TechTalks, a publication that examines trends in technology, how they affect the way we live and do business, and the problems they solve. But we also discuss the evil side of technology, the darker implications of new tech and what we need to look out for. You can read the original article here.