Home Business TransEnterix Stock Has Potential, But Wait for a Pullback

TransEnterix Stock Has Potential, But Wait for a Pullback 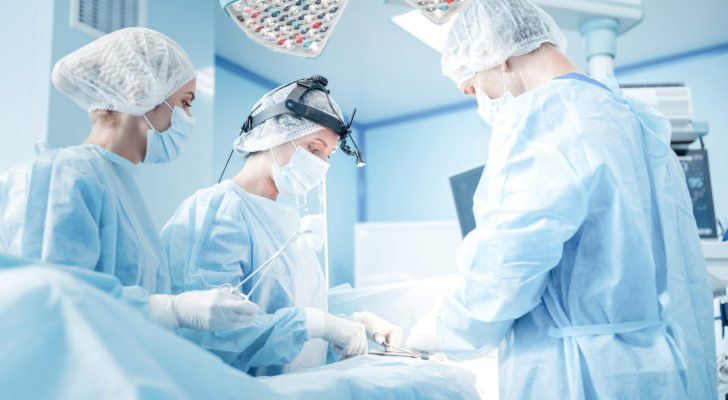 TransEnterix (NYSEAMERICAN:TRXC) is yet another small cap “story stock” that’s gone from zero to sixty. Since January, shares have zoomed from around $1.17 per share, to around $7 per share as of this writing. But, is it just hype pushing shares higher? Or, is there compelling evidence this company, which stumbled massively in 2018 and 2019, is finally ready for prime time?

Consider it a bit of both. One one hand, recent success its seen with its Senhance Surgical System could mean its coming out of its slump. On the other hand, this situation seems a lot like what’s going on with Zomedica (NYSEAMERICAN:ZOM). That is to say, investors are taking what amounts to a modicum of positive news, and extrapolating potential growth that the company will fail to live up.

Admitedly, with a much larger total addressable market than Zomedica’s flagship TRUFORMA diagnostic platform, Senhance has more of a shot at becoming a billion dollar product. But, factoring in its past difficulties, it’s far from a slam dunk. Keep these risks in mind before buying, as shares move higher more due to momentum and FOMO rather than improving fundamentals.

Up more than 900% year-to-date, does TransEnterix’s current share price more than reflect Senhance’s growth potential? Back in mid-January, when the stock changed hands at around $2 per share, a Seeking Alpha contributor broke down how things are just getting warmed up with the company’s flagship robotic surgery product.

As this analyst wrote, the company’s focus is on the laparoscopic (abdominal) robotic surgery market. Already a $3.7 billion per year industry in 2018, it could top $16 billion a year by 2023. A quarter of procedures currently use robotics. With Senhance now having many advantages to Intuitive Surgical’s (NASDAQ:ISRG) Da Vinci system, this company (and its stock price) may have a very bright future ahead of it.

Yet, this bullish take came out when TRXC stock was trading for 1/3rd of its current share price. As its rallied since then, the risk/return proposition may now be less in your favor. Its current market capitalization (around $1.5 billion), compared to the possible size of this market 2 years out, may not look too out of hand.

But, along with the positives, there are a few negatives. Recent shareholder dilution could affect future performance. But, more importantly, the company’s prior stumbling may signal it falls short of expectations a second time.

Past Hiccups Could Foreshadow Future Disappointment

This may be a multi-billion dollar business in the making. But, as of Dec. 31, TransEnterix had just $17.5 million in cash on hand. It raised over $100 million via two equity offerings in the past month. Yet, this early-stage company operates at a heavy loss. It’ll eventually need more capital infusions to keep the lights on.

As demand for TRXC stock remains red-hot, it shouldn’t have trouble executing another direct offering. But, more stock sales means more dilution. In today’s market, shareholder dilution may not be a major concern. Yet, it could minimize possible gains in the long-term.

However, the dilution worry pales in comparison to the larger issue at hand with TransEnterix: the chances it again disappoints investors. With the stock making headlines once again, this may be the first time you’ve heard of this company, and its flagship Senhance product.

But, it’s important to note that Senhance has been around for several years. A few years ago, the situation here was similar to how it is now. Except, shares were at price levels leaps and bounds above what we see today. In 2018, investors bid up shares from $25 up to $90 per share, on high hopes for Senhance.

Initial sales were promising. However, things quickly dropped off, as Senhance fell short of physician expectations. As TransEnterix continued to disappoint, shares slid significantly in 2019. By 2020, the stock was well in penny stock territory.

Admittedly, the system has improved since 2018. Add-ons like the Intelligent Surgical Unit may make it a more commercially appealing product. The company’s history may not repeat itself. Yet, those buying in today are in for a lot of trouble if it rhymes.

It may be unfair to base an opinion on TransEnterix on its past failures. But, while it stands to make a comeback now, it’s anything but set in stone. As it remains an early-stage company, it needs more capital to take Senhance to the next level.

Yet, said capital will likely come from dilutive stock offerings. As investor enthusiasm remains sky-high, this may not do much to hurt its share price. But, it will affect how far shares could climb in the years ahead.

So, after contrasting the opportunities and risks with TRXC stock, what’s the play? It may be interesting at lower prices. But, for now, hold off buying.

On the date of publication, Thomas Niel did not (either directly or indirectly) hold any positions in the securities mentioned in this article.

Thomas Niel, a contributor to InvestorPlace, has written single stock analysis since 2016.

The post TransEnterix Stock Has Potential, But Wait for a Pullback appeared first on InvestorPlace.