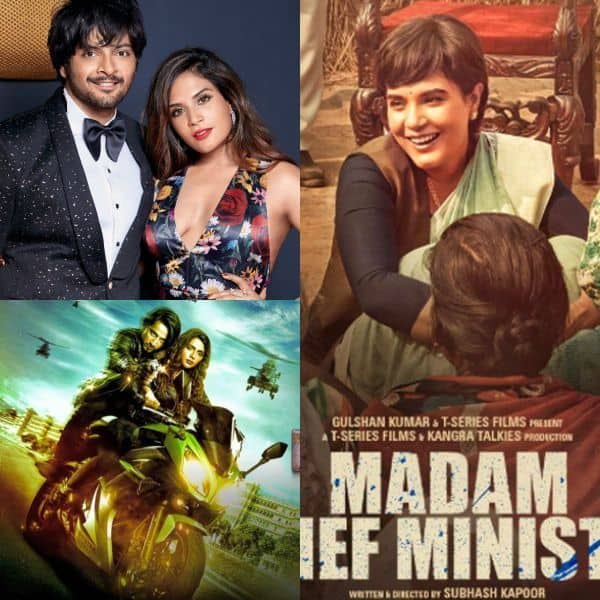 As another bright day gets shrouded under a starry sky, it’s time to look back at the biggest newsmakers who’ve made it to the trending entertainment news today. From the Madam Chief Minister trailer and Bang Baang teaser to Bigg Boss 14′ family task, Richa Chadha helping Ali Fazal cope with his mother’s loss and Neha Kakkar-Rohanpreet Singh battling Bharti Singh-Haarsh Limbachiyaa – Bollywood, Bigg Boss, TV and web series all grabbed headlines to make it to the trending entertainment news today. Also Read – Ali Fazal on coping with his mother’s tragic demise: Richa Chadha has been a great support system [Exclusive]

So, without further ado, here are the entertainment newsmakers of 6th January 2021:

Read the full story here: Madam Chief Minister trailer – Richa Chadha comes across as cross between Sonia Gandhi and a Dalit leader in this confusing political promo Also Read – Mirzapur 2: SHOCKING! Here’s how much Ali Fazal has hiked his fee after his web series’ success

Want an overdoes of TikTok cringe, where the hero’s hair and heroine’s screechy voice are more threatening than the bad guys or bullets they face in an action movie? Then torment yourselves with the teaser of Bang Baang, starring TikTok star Mr. Faisu and former Miss India contestant Ruhi Singh.

In an exclusive interview with BollywoodLife, Ali Fazal caught up with us to discuss the year gone by and what he looks forward to in 2021, which expanded our discussion to an array of topic from the skills he acquired during lockdown, how he became a better cook, and what his biggest regrets in the past year have been to coping with the tragic demise of his mother, how fianc Richa Chadha became his biggest support-system during his time of grief, while also shedding light on his upcoming projects like Mirzapur 2, Fukrey 3, his work in Hollywood, and what he’s looking forward to in 2021 both as an individual and for everyone else.

Read the full story here: Ali Fazal on coping with his mother’s tragic demise: Richa Chadha has been a great support system [Exclusive]

The recent weekend episode of Indian idol, knowns as the Shaadi Special episode, was full of masti and fun, especially with the special guests Rohanpreet Singh, Bharti Singh and Haarsh Limbachiyaa bringing the house down. There were even a few competitions between the couples to decide who would be the ‘IT’ Couple of the Year, with Neha Kakkar (also one of the judges of Indian Idol 2020) and Rohanpreet Singh taking on Bharti Singh and Haarsh Limbachiyaa in a series of challenges.