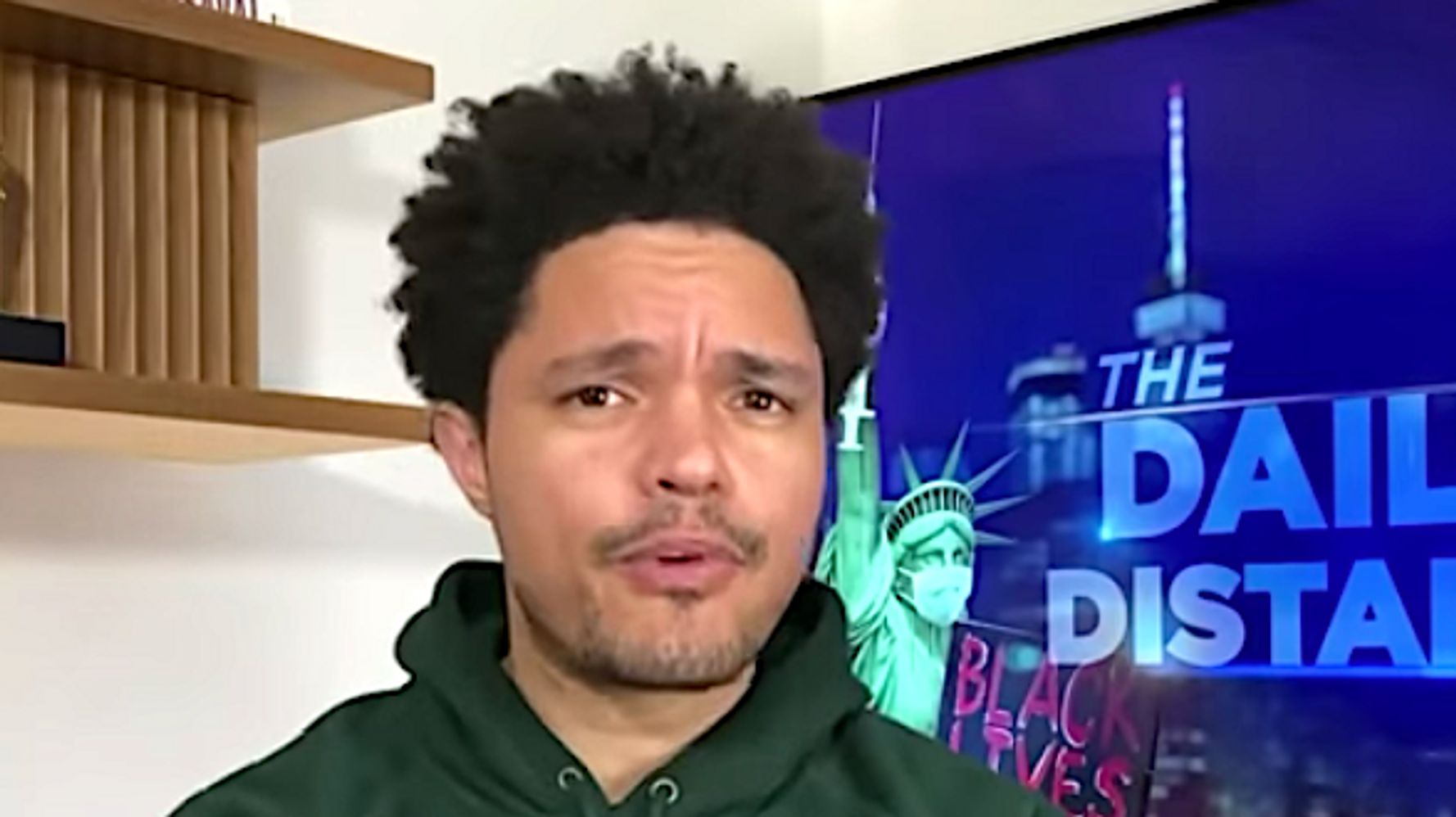 Trevor Noah got hot and bothered Thursday about America’s failing power grid in a program that had more chills than quips.

“The Daily Show” started with a serious examination of the nation’s power system, which, like a “tweet from 2010, it hasn’t aged well,” he said.

The grid loses power almost three times more often than it did in 1984, much more than any other industrialized nation, according to stats. And energy inefficiencies in the U.S. cost the country $100 billion in 2010 alone.

“This is pretty worrisome,” said Noah. “America’s living in 2021 with an electric grid that’s barely been updated in the past 50 years. You have to update technology more often than that, people. I mean, imagine trying to get through your life with the first iPhone!”

It’s only going to get worse with the increased demands of extreme weather triggered by climate change, he warned.

One major problem is air conditioning. America is using “way more air conditioning than its grid can handle. I know that for a fact,” said Noah. “Offices in this country are so cold, you could store corona vaccines in your desk.”

RELATED:  The ones that do the least during games make the most money. No wonder baseball is America’s pastime

Check it out in the video above.

Joe Biden Is Betting On A Broken Congress — At Least For...

Column: Yes, Biden is a 78-year-old Washington insider. Here’s why that’s a...