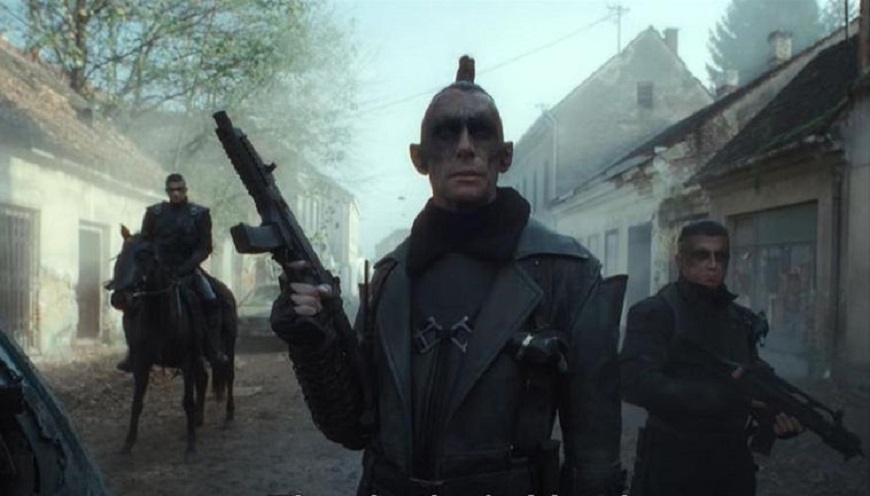 The German series was launched on the streaming platform in February 2021 and was well received by subscribers.

Tribes de Europa has finished its first season leaving many questions in the air. Netflix’s new teen apocalyptic fiction premiered in February 2021 and garnered rave reviews, following in the wake of its sister Dark. The Germans have nailed it again with a twisted and interesting story that leaves us wondering days after finishing it.

That ending in which Elja discovers the power of the cube opens up a multitude of possibilities, but it is not the only plot we hope to see resolved. Liv’s joining a new group and Kiano’s acts should be explored in season 2 of Tribes of Europa. Here we summarize what happened in the outcome and the plots that should continue in the next batch of chapters.

At the end of the first season, the series leaves things strategically arranged to continue the story in a possible second season. Liv ( Henriette Confucius ), after becoming homeless, appears to have joined the Femen tribe. The last chapters also leave us with one of the most dramatic moments in fiction, when Kiano ( Emilio Sakraya ) kills his father while trying to prove his worth. But the real ‘cliffhanger’ comes from the hand of Elja ( David Ali Rashed ), who sees how the cube of the Atlantia is transformed into a portal to an unknown destination and enters it.

What will happen, then, in the new batch of chapters? It seems that Elja will know the truth about that “Black December” and will discover what caused the blackout 50 years ago. Liv will meet the Femen, a new group that looks like they are going to give a lot of play, and she may try to get closer to her brother. Meanwhile, Kiano will have to deal with the consequences of his actions.

The new season will investigate the power of the cube. As the pilot who crashed in the Origins region warned, if it falls into the wrong hands it can cause a lot of harm. All the tribes will try to go for it and that means a lot more violence, death, and destruction.

INSPIRATION FROM THE BIBLE AND THE MYTH OF ATLANTIS

The names of the characters make us think of biblical references. Moses ( Oliver Masucci ) and Elja are representations of important characters in the Bible. Elja is the prophet Elijah who, along with Moses, was present at the transfiguration of Jesus. The prophet, according to the Holy Scriptures, manages to reverse a severe drought caused by Yahveh. At the same time, we all know the story of Moses, who led the Hebrew people in search of the promised land. If these connections are true, both characters will be the ones who will save the world from the Tribes of Europa.

At the same time, the reference to Atlantis in the series cannot be ignored. The protagonists seek a lost civilization much more advanced than their own. In fiction, this town that could be the savior is called Atlantia.

Netflix has not yet given the green light to season 2 of Tribes of Europa, but the series has been very well received around the world, and, likely, it will not take long to confirm that it continues. If so, we should meet Liv, Elja, and Kiano as early as 2022, possibly in the first quarter of the year.

Back to Top
Close Add post
X
Saturday Night Live: Nwodim, Yang Go The Voice on Host Nick Jonas…TVBy now, you know the deal. It's Thursday, so that means it's time for NBC's Saturday Night Live to offer up a teaser sketch or two with this weekend's…

Tribes Of Europa Season 2: Release Date And What Can We Expect From Season 2 - Crossover 99

X
ABC Previews ‘Soul Of A Nation’ As A First-Of-Its-Kind Broadcast Network Newsmag…TVABC News is premiering a six-episode series on Tuesday that is being promoted as something far different for traditional network newsmagazine: Soul of…
close