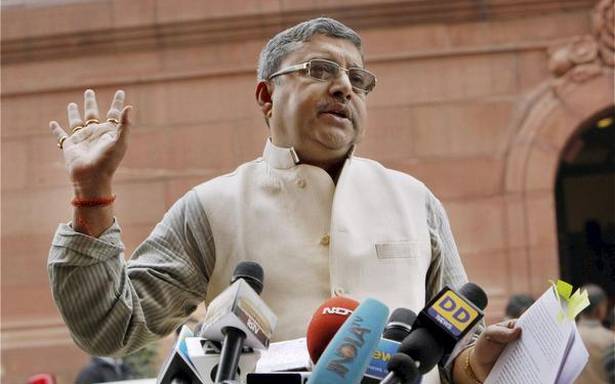 Within hours of Suvendu Adhikari joining the BJP, the Trinamool Congress came out all guns blazing, targeting the former party heavyweight calling him a traitor and someone who was eyeing the chair of the Chief Minister. Senior Trinamool Congress Lok Sabha member Kalyan Banerjee launched the most scathing attack on his former party colleague calling him a “traitor” and “coward”.

“He [Mr. Adhikari] says he didn’t get enough respect in the Trinamool Congress. He had three ministries. He was the observer of four to five districts. What more does he want? The CM’s chair? That such a traitor can come up from the holy land of Medinipur is unthinkable for the people of Bengal,” Mr. Banerjee said at a press conference at the TMC headquarters.

He dared Mr. Adhikari to contest from Nandigram in 2021. “Don’t change your seat in Nandigram [Mr. Mr. Adhikari’s constituency]. In the election, we will teach you a lesson… in the 2021 elections, there will be a storm which will be only Mamata Banerjee.” he added.

Referring to Mr. Adhikari ’s attack on Chief Minister Mamata Banerjee’s ‘Bhaipo’ (nephew), Abhishek Banerjee, Mr. Kalyan Banerjee said, “You are a coward that is why you did not have the guts to call him by his name.” After joining the BJP in Midnapore, Mr. Adhikari had targeted Mr. Abhishek Banerjee.

The Trinamool Congress leadership, including the MP, said that nobody from the family of the Chief Minister wanted to become the chief minister. “The BJP is spreading lies around this issue and they are masters in doing it well,” Mr. Kalyan Banerjee said.

The Communist Party of India (Marxist) said a “long drama”was being played out since the Saradha scam and Narada videos came to the fore.

“The TMC leaders are turning into the BJP. All of them are accused in the Saradha and Naradha scam,” CPI(M) State secretary Dr. Surjya Kanta Mishra said. There was no morality in these developments and what was happening in Bengal was “horse trading” before the elections, he added.