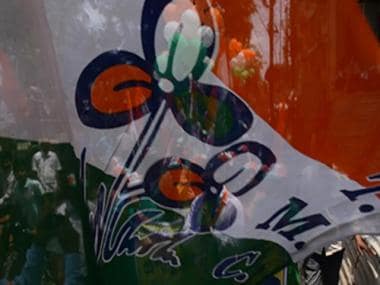 Barrackpore MLA Shilbhadra Dutta resigned from the Trinamool Congress on Friday in the third major exit from the party in the last 24 hours.

Dutta, a two-term MLA, said he has sent the resignation letter to Trinamool Congress chief Mamata Banerjee by email, triggering speculations that he may join a long list of party leaders who have either joined the BJP or is willing to ahead of the assembly elections, likely in March-April.

“I think that I am unfit in the party in the present scenario. But, I will not resign as an MLA,” he told reporters.

“Why should I resign as an MLA? I have won by people’s votes. If I go (resign) away, where will they go?” he added.

Over the last few months, Dutta has been vocal about his opposition to election strategist Prashant Kishor and the way he was handling party affairs.

Dutta, once a Mukul Roy loyalist when the BJP leader was in Trinamool Congress, has also spoken against a section of the party’s leadership.

In a jolt to the TMC ahead of the assembly elections, heavyweight Suvendu Adhikari quit the party on Thursday after giving up his cabinet portfolios in the state government and resigning as an MLA.

Hailing Adhikari, Pandabeswar MLA and Asansol civic body chief Jitendra Tiwari also quit the party, amid speculations that they may switch over to the BJP.

Former minister Shyamaprasad Mukherjee too has announced that he would leave the party and join the BJP.