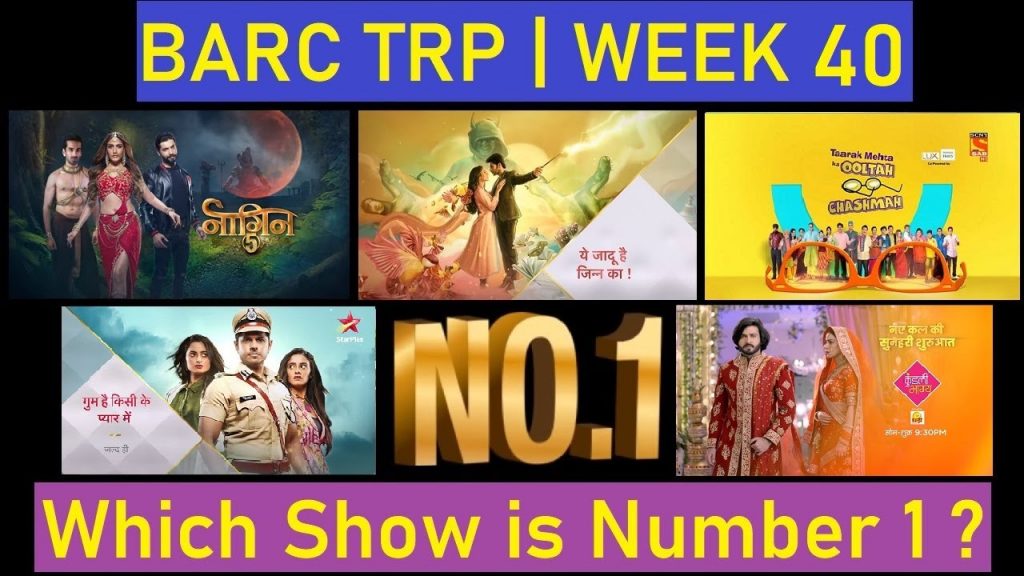 The 40th week TRP rating of BARC India has arrived. This time too, ‘Kundali Bhagya’ is on the top leaving all the shows behind in the list. The Anupama show is at number two. At the same time, Amitabh Bachchan’s ‘Kaun Banega Crorepati 12’ and Salman Khan’s ‘Bigg Boss 14’ are out of the top 5 list. People who like Tarak Mehta’s inverted glasses have also slipped down two places.

This time too, on the first number in the TRP list, Zee TV’s show ‘Kundali Bhagya’. These days, Preeta is kidnapped by Prithvi’s brother Pawan in the show. At the same time, Mahira is with Karan in place of Preeta in the ceremony of the mouth. If said, the track of the show is going on very interesting these days, which is able to keep the audience tied. The show starring Shraddha Arya and Dheeraj Dhupar has been dominating the TRP charts for the past few weeks. Kundali Bhagya has received a total of 7801 impressions.

2. Anupama
This time ‘Anupama’ is again at number two in the TRP list. This serial has received a total of 7292 impressions. ‘Anupama’ features Rupali Ganguly, Sudhanshu Pandey and Madalsa Sharma in lead roles. These days Vanraj and Anupama are celebrating their 25th wedding anniversary in the show. At the same time, during this time, Kavya wants Vanraj to marry her. There are interesting twists to come in the upcoming episodes.

3. Kumkum Bhagya
Ekta Kapoor’s show Kumkum Bhagya was fourth in the TRP list last week. But this time this show has come in third place. The show stars Srishti Jha, Shabbir Ahluwalia, Mrinal Thakur in the lead and the show is quite old. The show has received 6257 impressions.

4. India’s Best Dancer
The dance reality show ‘India’s Best Dancer’ was held at number 5 last week. But this time this show has come in fourth place. The show is judged by Malaika Arora, Geeta Kapoor and Terence Lewis. Recently, Nora Fatehi was seen in place of Malaika Arora, but once again Malaika has returned to the show. This serial has received 5766 impressions.

5. ‘Tarak Mehta’s inverted glasses’
The show ‘Tarak Mehta Ka Ooltah Chashma’, which aired on SAB TV, has been haunting people for 12 consecutive years. Last week the show was at number three, but this time it has slipped two places. Sunaina Faujdar and Balwind Suri have a new entry in the show. The show has received 5667 impressions.

At the same time, this time ‘The Kapil Sharma Show’ is missing from the top-5 this week. But the show is doing well. Apart from this, people like the show of Choti Sarrdaarni, feeling of power existence. Now it will be interesting to see Kaun Banega Crorepati and when the Bigg Boss can make its place in the list.