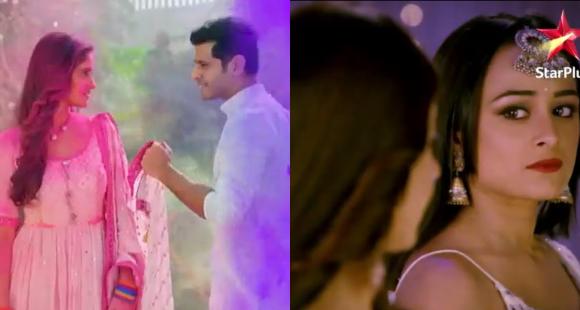 The TRP report has surprised everyone as the popular show Ghum Hai Kisikey Pyaar Mein failed to take place in the chart.

The weekly TRP report of television shows is out now. The BARC has released the TRP list of the shows which has successfully managed to entertain the viewers. The first two positions continued to be occupied by Anupamaa and Imli. It looks like viewers are loving the show because of the interesting storyline. But this time report has some drastic changes as the Ghum Hai Kisikey Pyaar Mein has slipped and gone out of the chart. And Saath Nibhaana Saathiya 2 show has made its entry.

Rupali Ganguly starrer Anupamaa still continues to be at the top. The show witnessed an upward trend and recorded impressions of 9045 this week. The divorce track is garnering huge attention from the audience. The second position is taken by Imli who got 7286 impressions. The third position is taken over by Yeh Rishta Kya Kehlata Hai which has recorded 6608 impressions. For months Ghum Hai Kisikey Pyaar Mein, starring Neil Bhatt, Ayesha Singh, and Aishwarya Sharma was in the third position. But this week the show failed to impress the audience. Neil Bhatt was also absent from the show as he was tested COVID 19 positive.

Take a look at the TRP report here: