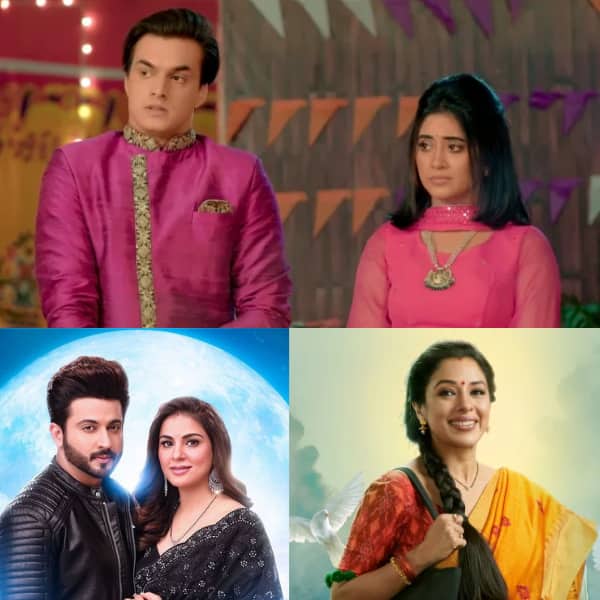 God, have we reached week 11 already? It’s Thursday folks which means we bring you the TRP report of the week. Yes, let’s see which of your favourite TV shows have made it to the top five spots. From Indian Idol 12 to Anupamaa, Yeh Rishta kya Kehlata Hai and more, we have some amazing TV show with interesting storylines. However, sometimes things don’t pan out and hence, the TV shows lose out on TRPs. Let’s have a dekko at the TRP Report Week 11 here: Also Read – Shivangi Joshi, Hina Khan, Surbhi Chandna – 10 television actresses with the prettiest smiles

Anupamaa is ruling the roost in the television world with its TRPs. The TV serial is currently focussing on Pakhi wanting to reunite her mum and dad, that is, Anupamaa and Vanraj, played by Rupali Ganguly and Sudhanshu Pandey. Pakhi starts throwing tantrums so that the family members will throw Kavya aka Madalasa Sharma out of the house. And she succeeds. The audience seems to be enjoying this storyline. Also, the reports of Ram Kapoor entering Anupamaa have piqued the interests of the masses. With 3.5 million viewership impressions, Anupamaa still has a stronghold on the first spot. Also Read – Yeh Rishta Kya Kehlata Hai, Anupamaa, Ghum Hai Kisikey Pyaar Meiin – here’s what these TV shows have in store in the upcoming week

Ekta Kapoor’s Kundali Bhagya had been slipping down on ranks in the TRP report. But looks like the makers have finally caught on the nerve and changed the storyline to get the audience hooked to the TV show. Dheeraj Dhoopar and Shraddha Arya’s chemistry seems to be working its charm. The latest episodes of Kundali Bhagya saw Preeta trying to stop Kritika’s wedding to Prithvi. However, Prithvi outsmarts them all. On the other hand, Karan and Preeta are trying to cross the bride together. With 2.9 million viewership impressions, Kundali Bhagya is on the second spot this week in the TRP report Week 11. Also Read – Anupamaa, Ghum Hai Kisikey Pyaar Meiin, Imlie – 8 TV shows remake that are ruling TRP charts – view pics

Imlie featuring Subum Touqeer Khan, Gashmeer Mahajani and Mayuri Deshmukh had maintained a grasp on the second spot for weeks. It has now slipped down one slot. The recent episodes of Imlie saw Aditya realising his responsibility and love for Imlie. With 2.8 million viewership impressions, Imlie is now on the third spot in the TRP report Week 11.

Neha Kakkar, Vishal Dadlani and Himesh Reshammiya’s Indian Idol 12 is the only reality TV show that has been maintaining its spot in the top five positions of the TRP list. The idols’ singing, the stories and media reports have attracted the audience enough. With 2.6 million viewership impressions, Indian Idol 12 is in the fifth position in the TRP list this week.

Yeh Rishta Kya Kehlata Hai which had been climbing the charts very quickly seems to have lost the plot again. We saw Kartik and Rhea’s possible wedding track. The makers of Yeh Rishta Kya Kehlata Hai are slowly developing the love story of Kartik and Sirat. However, it seems the audience wants Sirat to be Naira. what twists are in store for the future? Stay tuned for updates.