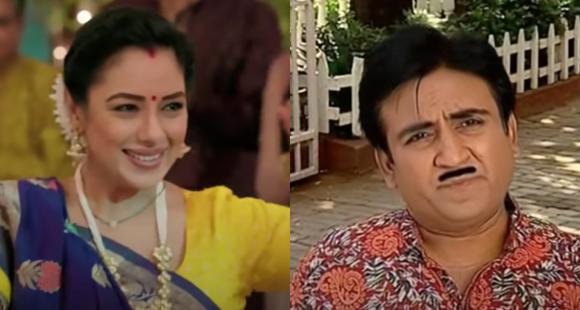 This week’s TRP rating has released and Rupali Ganguly starrer Anupama continues to remain on top in the list of top 5 shows on Indian television.

We are in the last week of the first month of 2021 and the Television Rating Points aka TRP ratings of most-watched TV shows from the period of January 16 to 22 are out. TV shows Anupama, Imli continue to remain in the Top 2 spots. The shows have been ruling the TRP charts for weeks now.  The popular family drama, Anupama featuring Rupali Ganguly as the lead is being aired on Star Plus and is grabbing eyeballs since the first day.

This week, Anupama garnered around 9061 impressions. As per the track, Anupama has sent a divorce notice to Vanraj and it has kept all engaged and entertained. The second position was once again retained by Star Plus’ another family drama, Imli which received 7240 impressions this time. Star Plus another show Ghum Hai Kisikey Pyaar Meiin, starring Ayesha Singh, Neil Bhatt and Aishwarya Sharma, remains at the third spot with 7068 impressions.  The fourth position was secured by Zee TV’s Kundali Bhagya starring Shraddha Arya, Dheeraj Dhoopar, Manit Joura and Anjum Fakih. The show has garnered 7000 impressions.

But this time Sony SAB’s Taarak Mehta Ka Ooltah Chashmah is not on the list. The show has recently celebrated 10 years. But, surprisingly TV show Kumkum Bhagya starring Sriti Jha and Shabir Ahluwalia has returned back at the fifth position with 6288 impressions. In the show, Abhi and Pragya have finally married again. Their sizzling chemistry in the show has won many hearts on the internet.

Take a look at the TRP chart here