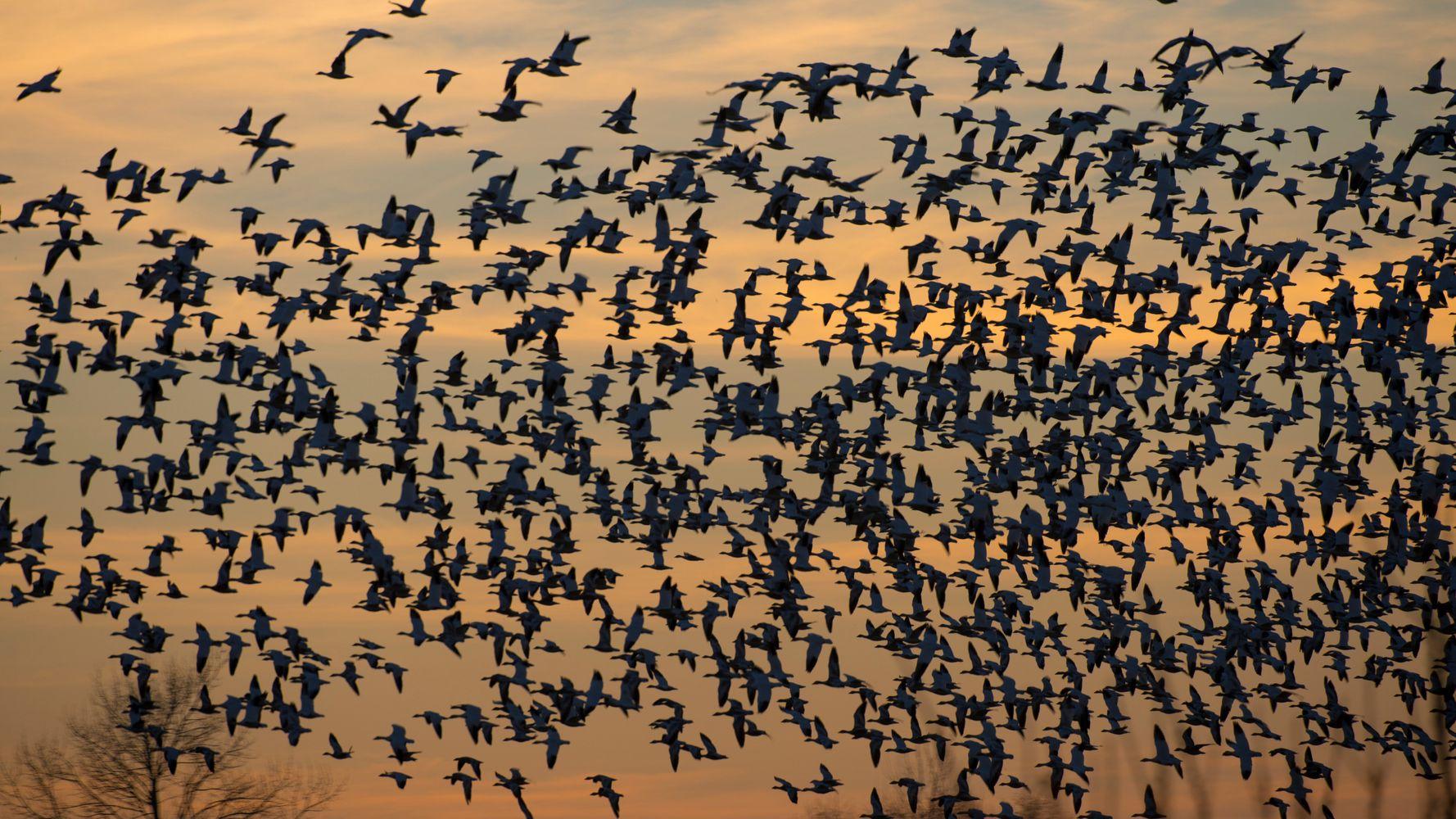 In its dash to permanently weaken protections for hundreds of species of migratory birds, the Trump administration dismissed concerns from agency staff about its rushed timeline for completing an assessment of environmental impacts, according to internal documents obtained by HuffPost.

In December 2017, Interior Department lawyer Daniel Jorjani issued a legal opinion legalizing all unintentional deaths of snow geese, bluebirds and other migratory birds. That includes deaths caused by oil and gas production, power lines and chemical spills. The move was a gift to polluting industries, protecting them from being prosecuted for incidentally wounding or killing animals, as oil giant BP was over damage from the 2010 Deepwater Horizon oil spill in the Gulf of Mexico.

The Trump administration’s interpretation of the Migratory Bird Treaty Act, or MBTA, broke from decades of legal precedent and has forced federal wildlife officials to largely abandon investigating bird fatalities, even in cases where there is evidence that birds were intentionally killed. The shift has allowed both industry and individuals to kill birds without any fear of consequence, as HuffPost previously reported.

The U.S. Fish and Wildlife Service, which administers and enforces the MBTA, has since introduced a rule that would permanently codify the 2017 legal guidance. That is now awaiting approval from the Office of Management and Budget. A final environmental impact statement is expected as soon as this month, which would allow the administration to finalize the rule before President Donald Trump leaves office.

As documents that the Union of Concerned Scientists’ Center for Science and Democracy obtained through a Freedom of Information Act request and shared with HuffPost show, at least one agency official expressed concerns about the timeline for enacting the rule earlier this year. But another official dismissed or erased those concerns from internal planning documents, as tracked editing changes reveal.

The tracked changes, which do not include individuals’ names, eliminated warnings that shortened deadlines would “be difficult to achieve” and swapped in language asserting the agency’s right to “choose to negotiate” timelines “down.”

At first glance, the findings look like a benign back-and-forth in an office clerical document. In reality, they showed an internal struggle over the first serious attempt in a generation to weaken a century-old statute credited with bringing birds like the snowy egret and the sandhill crane back from the brink of extinction. The effort came as the oil and gas industry has expanded its footprint across the United States and as new research shows North America has lost one in four of its native bird species since 1970.

“Imagine I’m an oil industry executive and 1,000 birds die in my toxic pit of wastewater. ‘No problem!’ says the Trump administration,” said Taryn MacKinney, an investigative researcher at the Union of Concerned Scientists. “It’s an absurdity.”

Over the past four years, the Trump administration has routinely set arbitrary page limits and short deadlines on what are supposed to be rigid environmental review processes as it sought to repeal or loosen more than 100 regulations on fossil fuels, chemicals and other polluting industries.

The Fish and Wildlife Service gave particular weight to the potential economic impacts of loosening the century-old law protecting birds. In one document, listed as a summary of the rule-making and environmental review process timeline, the unnamed author described a situation in which industry provides the most important information agency economists would use to quickly turn around a review as “the best-case scenario.”

Erik Schneider, a policy analyst at the National Audubon Society, told HuffPost that the Trump administration overhaul of the 1918 law has been “extremely rushed and totally insufficient,” with minimal time for the public to weigh in. Audubon is one of several wildlife organizations challenging the policy in court.

The environmental review process “is being subverted to try to prop up the decision that was already made in 2017 to gut the MBTA, which makes a mockery of the public engagement and scientific review that is required under the law,” he said. “The entire process is aiming to be finished in less than a year, an extremely rushed timeline which leads to a deeply flawed analysis that fails to inform the agency or the public.”

Brad Bortner, who retired in December 2017 after six years as chief of the U.S. Fish and Wildlife Service’s migratory bird program, shares that view. In public comments submitted in July, Bortner wrote that the agency’s draft environmental review is “grossly deficient” and “serves as a testament to a politically driven agenda.”

“Based on my opinion and experience, this entire effort has been a waste of time and will result in expensive court costs to one of the smallest programs in FWS,” Bortner wrote, adding that the agency should suspend the rule-making and “shred” Jorjani’s legal interpretation of the law.

Public backlash to the Trump administration policy has been fierce. Of the nearly 6,500 public comments submitted regarding the proposed rule, more than 98% voiced opposition, according to one internal document.

Neither the Interior Department nor the Fish and Wildlife Service responded to HuffPost’s request for comment on Tuesday.

Making life easier for corporate America has always been a primary goal of the MBTA rollback. The proposed rule change ensures that “private industry, which are critical to our nation’s economy and overall well-being, can operate without the fear and uncertainty that the unintentional consequences of their actions will be prosecuted,” Fish and Wildlife Service Director Aurelia Skipwith said upon announcing the measure earlier this year.

Weakening the law was at the top of the oil industry’s wish list.

While corporate America would benefit from Trump’s proposal, feathered species are expected to suffer, the Trump administration’s data indicates. Fewer private entities are likely to implement best practices to avoid killing birds, leading to increased bird mortality, according to the draft environmental study released in June.

In August, a federal judge in New York struck down Trump’s Interior Department’s interpretation of the 1918 federal law ― guidance that wildlife officials had been treating as the established policy for two years and that is the foundation of the proposed rule ― stating that it “runs counter to the purpose of the MBTA to protect migratory bird populations.”

The Trump administration in October filed a notice of its intent to appeal the ruling.