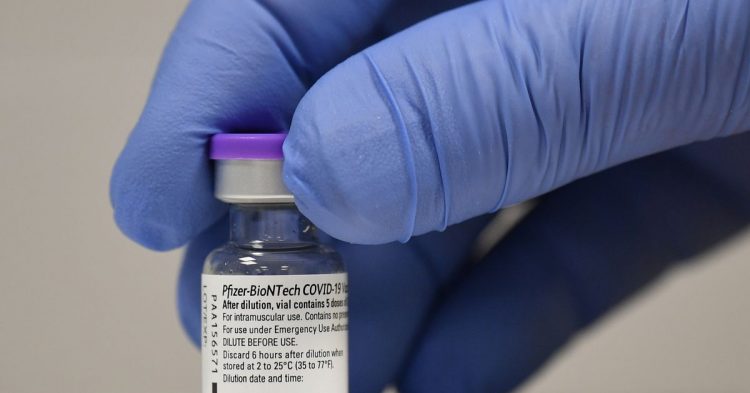 The Trump administration is nearing a deal to procure tens of millions more Covid-19 vaccine doses from the pharmaceutical company Pfizer, Sharon LaFraniere and Katie Thomas reported for the New York Times on Tuesday.

The deal would reportedly give Pfizer, through a government directive, better access to supplies it needs to manufacture more vaccine doses. Pfizer would then leverage those supplies to pump out much-needed vaccines to Americans, helping fill gaps the country faces in the coming months as the vaccine process gets underway.

If successful, the deal could produce up to 100 million additional doses from April through June. That’d be enough to cover 50 million Americans, because the vaccine requires two doses to be fully effective.

Only two vaccines, Pfizer/BioNTech’s and Moderna’s, have so far passed through sufficient clinical trials to earn emergency use authorization from the Food and Drug Administration. More vaccines are expected to roll out in the coming months as well.

But Pfizer has reportedly run into some problems with the federal government. The Times reported:

Pfizer first started asking for the government’s help in obtaining supplies as early as September and has been unhappy about the lack of response, according to documents reviewed by The New York Times.

Moderna and other companies that worked more closely than Pfizer with the administration through its Operation Warp Speed to develop their vaccines already receive favored treatment from suppliers, putting Pfizer at a disadvantage. That includes two companies — Sanofi and Novavax — that have yet to begin large-scale clinical trials in the United States.

Overcoming these kinds of hurdles is one of two major challenges the US faces as it rolls out a vaccine, according to experts. The first challenge is solving these kinds of logistical hurdles in producing, shipping, and actually administering vaccines to hopefully more than 300 million people. The second is to actually persuade all those people to take a vaccine — which is not guaranteed, given polling showing some hesitancy from as many as half of Americans.

How the country deals with these challenges, under President Donald Trump now and President-elect Joe Biden in the coming months, will dictate just how quickly America defeats the coronavirus — whether that process takes through the summer, or extends potentially into 2022.

It’s not an easy job. As Johns Hopkins Center for Health Security senior scholar Crystal Watson told me, “This is going to be the largest mass vaccination campaign that the US has ever attempted.”

America is among the poorest-faring countries on Covid-19. More than 320,000 Americans have died due to the coronavirus so far. Despite recent surges in Europe, the US remains within the top 25 percent for most coronavirus deaths per person among developed nations, with more than twice the death rate as the median developed country. If the US managed the same Covid-19 death rate as Canada, nearly 200,000 Americans would likely be alive today.

The US is currently seeing record numbers of cases and deaths, with more than 215,000 cases and 2,700 deaths reported, on average, per day. Until a Covid-19 vaccine reaches the bulk of Americans, experts say the country must renew and scale up social distancing and masking to mitigate the spread of the disease. Otherwise, the high case count and death toll will continue.

That’s where more vaccine doses could come in: If they speed up the process of getting more of the country vaccinated by even a few days, they could not only let the country get back to normal quicker but prevent hundreds of thousands of cases and save potentially thousands of lives.