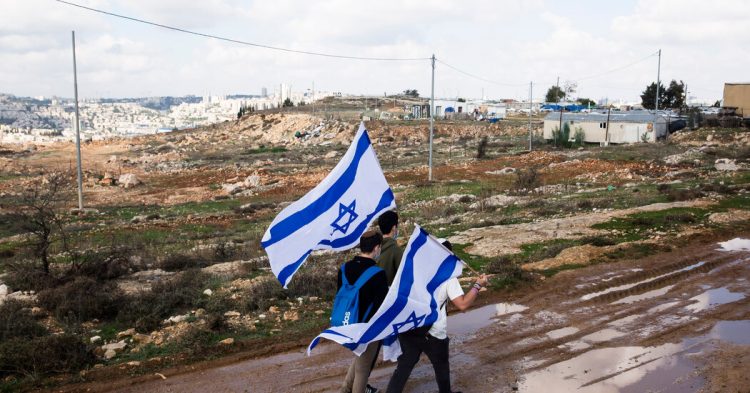 WASHINGTON — For Sudan, agreeing to normalize relations with Israel was the price of removal from the U.S. list of state sponsors of terrorism.

A similar diplomatic deal with Israel sealed Morocco’s demand for the United States to recognize its sovereignty over the Western Sahara region.

United Arab Emirates officials who wanted to buy stealthy F-35 fighter jets from the United States first had to sign on to the Abraham Accords, the product of President Trump’s campaign to foster stability between Israel and estranged or even hostile Muslim states.

In each case, the incentives that the Trump administration dangled in exchange for the détente could fall through — either rejected by Congress or reversed by the administration of President-elect Joseph R. Biden Jr.

That puts at risk not only the series of regional agreements for rapprochement but also exacerbates a worldview that the United States cannot be depended upon to hold up its end of diplomatic deals.

The Abraham Accords, Mr. Trump’s signature foreign policy achievement, have either newly brokered or restarted economic and political ties for Israel with Bahrain, the United Arab Emirates, Sudan and Morocco. Officials familiar with the administration’s efforts said Oman and Tunisia might be the next states to join, and the warming could be expanded to nations in Asia and sub-Saharan Africa even after Mr. Trump leaves office in January.

Formally easing tensions between Israel and its regional neighbors is a success, to be sure, that past Republican and Democratic presidents alike have long sought to foment.

“All diplomacy is transactional, but these transactions are mixing things that ought not to have been mixed,” said Robert Malley, the president and chief executive of the International Crisis Group, who is close to Antony Blinken, Mr. Biden’s pick for secretary of state.

Mr. Malley predicted that the incoming Biden administration would try to walk back or dilute parts of the normalization deals that defy international norms, as in the case of Morocco’s sovereignty over the Western Sahara, or otherwise challenge longstanding United States policy, like the F-35 sales to the Emirates.

Congress has also shown alarm at the deal-making.

The Senate last week narrowly accepted the Emirates’ purchase of the stealth jets, drones and other precision weapons, signaling concern over expanded arms deals to the Persian Gulf. That could be reversed if Democrats take control of the chamber after runoff elections in Georgia next month; regardless, the move will be reviewed by the Biden administration to ensure that the $23 billion sale to the U.A.E. does not dull Israel’s military edge in the region.

A day after the Senate vote, the Republican chairman of the Armed Services Committee, Senator James M. Inhofe of Oklahoma, said it was “shocking and disappointing” that the Trump administration had decided to recognize Morocco’s sovereignty over the Western Sahara and predicted that it would be reversed. The United Nations, the European Union and the African Union all view the Western Sahara as disputed territory.

“I am saddened that the rights of the Western Saharan people have been traded away,” Mr. Inhofe said in a statement. “The president has been poorly advised by his team; he could have made this deal without trading the rights of a voiceless people.”

Prime Minister Saad Eddine el-Othmani of Morocco said on Tuesday that his government “didn’t want it to be an exchange.”

“We don’t bargain with the Sahara,” Mr. Othmani said in an interview with Al Jazeera. “But the victory in this battle required the concomitance.”

Nowhere has the diplomatic deal proven more delicate than for Sudan.

The State Department had already decided to remove Sudan from its list of state sponsors of terrorism in exchange for Khartoum compensating victims of the 1998 bombings against American Embassies in Kenya and Tanzania. As part of those negotiations, Sudan’s transitional government had demanded the dismissal of all other terrorism lawsuits that it faced from attacks carried out in the 27 years it was on the list.

The State Department agreed and countered last summer with a condition of its own: that Sudan begin to thaw a half-century of hostilities with Israel.

Only Congress, however, can grant Sudan the legal peace it seeks. Over the past several months, lawmakers have been deadlocked over doing so, given that it would deny families of the victims of the Sept. 11, 2001, attacks their day in court.

“We have always wanted all terrorists to be held accountable for their acts on 9/11,” Kristen Breitweiser, a lawyer whose husband was killed in the attacks on New York, said in a statement issued last week during furious negotiating in Congress.

Sudan insists it is not liable for the 9/11 attacks, given that the Qaeda leader Osama bin Laden left his sanctuary in the country five years before they were carried out. But the congressional compromise that was hammered out, according to officials and others close to the negotiations, allows the 9/11 lawsuits to continue, potentially making Sudan liable for billions of dollars in victims’ compensation.

Representatives for the Sudanese Embassy in Washington declined to comment but have previously said that the country might exit the peace accords with Israel if it is not given immunity from the terrorism lawsuits. As the Trump administration tries to keep the deal from falling apart, an official confirmed a Bloomberg report that the United States had offered Sudan a $1 billion loan to help clear its arrears and obtain as much as $1.5 billion in annual development assistance. Treasury Secretary Steven Mnuchin is expected to visit Sudan, Israel and the Emirates in a high-level delegation to the region next month.

Bahrain appears to be a lone exception among the countries that were offered incentives as part of normalization agreements with Israel, although this week the State Department designated the Iranian-linked Saraya al-Mukhtar as a terrorist group, in part for its goal to overthrow the tiny Sunni monarchy.

That has also fueled concern among current and former government officials and conflict analysts that the United States will designate Houthi rebels in Yemen as a foreign terrorist organization, in part to convince Saudi Arabia to sign on to the accords with Israel.

Officials close to the decision said that Secretary of State Mike Pompeo was inclined to issue the designation to cut off Iran’s support of the Houthis, who have seized control of most of Yemen, ousted its government and attacked neighboring Saudi Arabia in their five-year border war. It could also prohibit the delivery of humanitarian aid to Yemen’s major ports, most of which are controlled by the Houthis, and in turn, exacerbate a famine in one of the world’s poorest countries.

It is doubtful, however, that the terrorism designation alone would persuade Saudi Arabia — the most powerful monarchy in the Middle East — to normalize relations with Israel. That thaw could take years, if it happens at all, and by then might be driven more by a rising number of young adults in the kingdom who are more concerned with jobs and economic stability at home than a generations-old conflict between Israel and Palestine.

Nikki Haley, who was Mr. Trump’s first ambassador to the United Nations, said a secretive trip that Prime Minister Benjamin Netanyahu of Israel made to Saudi Arabia last month to meet Crown Prince Mohammed bin Salman was a bold signal of the détente.

“These Arab countries want to be friends with Israel,” Ms. Haley told the Israeli-based DiploTech Global Summit on Wednesday.

Even if they disapprove of Mr. Trump’s transactional diplomacy, Mr. Biden and Mr. Blinken will also be wary of appearing to back away from Israel, which is the strongest U.S. ally in the Middle East and holds considerable political sway over American evangelical and Jewish voters.