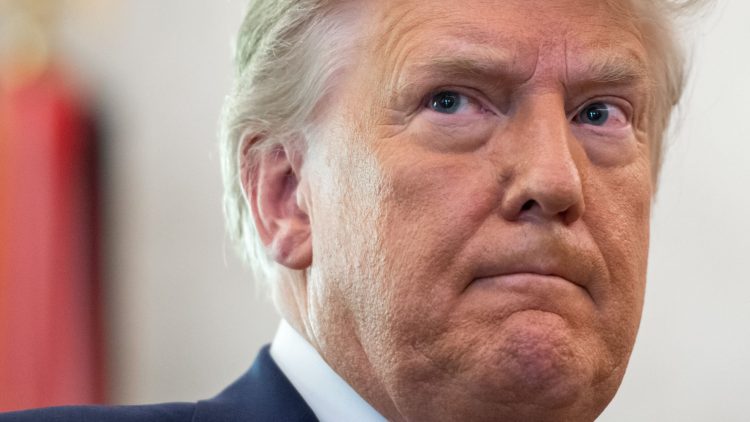 President Donald Trump unleashed a Twitter tirade on Saturday, lashing out at everything from the American electoral process to the Supreme Court to the Senate’s $900 billion COVID-19 relief bill that he has not yet signed.

Within the span of about an hour on Boxing Day morning, the president shot out six tweets, first harping upon his unsubstantiated theories of voter fraud and taking aim at Senate Majority Leader Mitch McConnell (R-Ky.) and other Republicans for not supporting him.

Trump’s claim that “Mitch & the Republicans do NOTHING” ignores the fact that McConnell and much of the rest of the GOP backed the president as he pursued lawsuits in various states to overturn the results of the Nov. 3 election.

Once these lawsuits proved fruitless, many Republicans began to change their tune, but McConnell waited to publicly congratulate President-elect Joe Biden until Dec. 15 — the day after the Electoral College declared Biden’s victory and 42 days after the election itself.

At the time, Trump lashed out at McConnell on Twitter and wrote that the “Republican Party must finally learn to fight.”

If a Democrat Presidential Candidate had an Election Rigged & Stolen, with proof of such acts at a level never seen before, the Democrat Senators would consider it an act of war, and fight to the death. Mitch & the Republicans do NOTHING, just want to let it pass. NO FIGHT!

Trump also turned his criticism towards the Department of Justice and the FBI for not supporting his conspiracy theories about voter fraud, and took a moment to specifically call out attorney John Durham.

Durham was appointed by former Attorney General William Barr in October as a special counsel in the Justice Department’s probe into the inquiry on Trump and Russia led by former President Barack Obama’s administration.

The president repeatedly called for the release of the so-called Durham Report prior to the Nov. 3 election on the grounds that it would reveal attempts by the Obama administration to undermine him, and seethed after it was revealed that the documents would not be released on his preferred timetable.

The “Justice” Department and the FBI have done nothing about the 2020 Presidential Election Voter Fraud, the biggest SCAM in our nation’s history, despite overwhelming evidence. They should be ashamed. History will remember. Never give up. See everyone in D.C. on January 6th.

Where the hell is the Durham Report? They spied on my campaign, colluded with Russia (and others), and got caught. Read the Horowitz Reports about Comey & McCabe. Even the Fake News @nytimes said “bad”. They tried it all, and failed, so now they are trying to steal the election!

Trump condemned the Supreme Court for rejecting his bid to invalidate votes in Pennsylvania, Georgia, Michigan and Wisconsin earlier this month, arguing that the court was “totally incompetent and weak.”

The president then pivoted to Afghanistan, claiming that “a young military man” had told him that “elections in Afghanistan are far more secure and much better run than the USA’s 2020 Elections.”

(A USA Today opinion column published earlier this month compared Trump’s post-election tactics with those of Afghanistan’s current chief executive, Abdullah Abdullah, who alleged widespread fraud when he lost the presidency to Ashraf Ghani in 2014.)

The U.S. Supreme Court has been totally incompetent and weak on the massive Election Fraud that took place in the 2020 Presidential Election. We have absolute PROOF, but they don’t want to see it – No “standing”, they say. If we have corrupt elections, we have no country!

A young military man working in Afghanistan told me that elections in Afghanistan are far more secure and much better run than the USA’s 2020 Election. Ours, with its millions and millions of corrupt Mail-In Ballots, was the election of a third world country. Fake President!

Finally, Trump turned to the COVID-19 relief bill, which he has yet to sign or veto. He claimed the holdup is due to wanting “to get our great people $2000, rather than the measly $600 that is now in the bill.”

Repeating arguments that he had made in a Tuesday speech, Trump also took aim at additional items on the $1.4 trillion government spending bill that was passed with the coronavirus relief bill, calling them “pork,” a colloquial term for spending items that benefit a single member of Congress’ district.

On Wednesday, Rep. Anthony Gonzalez (R-Ohio) blasted Trump for conflating both bills, and argued that the “pork” Trump was complaining about were actually things originally requested in the White House’s proposed 2021 budget.

I simply want to get our great people $2000, rather than the measly $600 that is now in the bill. Also, stop the billions of dollars in “pork”.

Later on Saturday, Biden urged Trump to sign the relief bill in order to bring immediate assistance to families who will lose unemployment insurance if the spending provisions in the bill are not signed into law.

“This abdication of responsibility has devastating consequences,” Biden said in a statement.