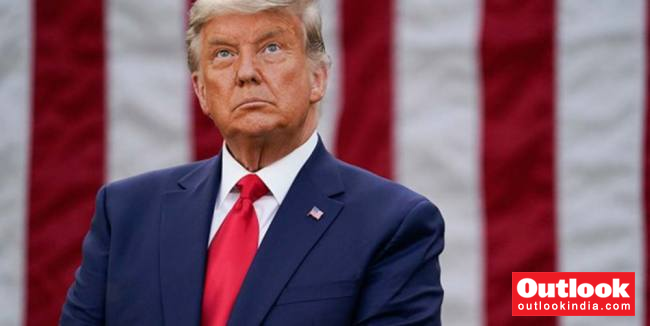 US President Donald Trump signed a bill that reaffirms the right of Tibetans to choose a successor to the Dalai Lama and calls for establishing an American consulate in Tibet, prompting China to warn that the act will seriously disrupt and hurt bilateral relations.

The Tibetan Policy and Support Act of 2020 modifies and re-authorises various programmes and provisions related to Tibet. Trump signed the act on Sunday as part of the massive USD 2.3 trillion package for the year-end bill to provide long-delayed coronavirus relief and fund the federal government.

The Chinese government firmly resolves to safeguard national sovereignty and security, and strongly urges the US to stop using Tibet-related and Taiwan-related issues to interfere in China’s internal affairs, Zhao said.

The US Senate last week unanimously passed the bill despite China’s protest. It authorises assistance to non-governmental organisations in support of Tibetan communities in Tibet; places restrictions on new Chinese consulates in the United States until a US consulate has been established in Lhasa, Tibet.

The law now authorises the Office of the US Special Coordinator for Tibetan Issues and expands the office’s duties to include additional tasks, such as pursuing international coalitions to ensure that the next Dalai Lama is appointed solely by the Tibetan Buddhist faith community. It also directs the Secretary of State not to open a new Chinese consulate in the US unless China allows the opening of an American consulate in Lhasa.

It is the policy of the US to take all appropriate measures to hold accountable senior officials of the Chinese Government or the Chinese Communist Party who directly interfere with the identification and installation of the future 15th Dalai Lama of Tibetan Buddhism, the successor to the 14th Dalai Lama.

Beijing views the 14th Dalai Lama as a “separatist” working to split Tibet from China.
Some of the prominent measures approved by the US Congress include imposing sanctions on Chinese officials, including travel restrictions.

Noting that the 14th Dalai Lama advocates the Middle Way Approach, which seeks genuine autonomy for the six million Tibetans in Tibet, the new law states that the Dalai Lama has overseen a process of democratisation within the Tibetan polity and devolved his political responsibilities to the elected 23 representatives of the Tibetan people in exile in 2011.

The Tibetan Policy and Support Act of 2020 approves USD 1 million per annum for the Special US Coordinator on Tibet, USD 675,000 towards scholarship provisions, USD 575,000 for scholar exchange initiatives, USD8 million for the Tibetan Autonomous Regio and Communities in China, USD 6 million for Tibetans living in India, USD3 million for Tibetan governance.

Expressing concern over the exploitation of natural resources of Tibet, in particular water, the new law seeks to pursue collaborative efforts with Chinese and international scientific institutions, to monitor the environment on the Tibetan Plateau, including glacial retreat, temperature rise, and carbon levels, to promote a greater understanding of the effects on permafrost, the river flows, grasslands and desertification and the monsoon cycle.

The China-US relations reached the worst phase this year with sharpening disputes between the two countries over human rights, the coronavirus pandemic, trade, technology, Taiwan and a host of other issues.