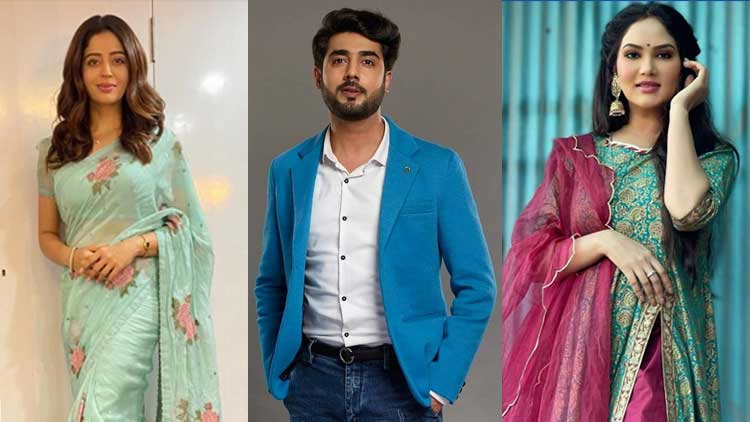 Bhai Dooj, the popular Hindu festival, celebrates the bond of love and protection between siblings. On this day, as sisters apply tika on their brother’s forehead and pray for each other’s wellbeing, they also share gifts to add to the merriment.

&TV actors including Kamna Pathak (Rajesh of Happu Ki Ultan Paltan), Nehha Pendse (Anita Bhabi of Bhabiji Ghar Par Hai), Akshay Mhatre (Varun of Ghar Ek Mandir- Kripa Agrasen Maharaj Ki) and Pawan Singh (Zafar Ali Mirza of Aur Bhai Kya Chal Raha Hai?) share their excitement for the auspicious occasion and reminisce the exciting gifts they have received on during Bhai Dooj. Kamna Pathak (Rajesh, Happu Ki Ultan Paltan) shares, “I and my brother always ensure to make each Bhai Dooj a special one. There is a very interesting story behind the first present that I gifted to my brother on Bhai Dooj.

My brother was in college that time, and I decided to gift him his first cell phone. He was in awe of it as it was the first expensive thing that he owned. But unfortunately, he broke the phone, and he was heartbroken. Since then, he has been traumatized and has refrained from taking expensive gifts from me. Every Bhai Dooj, I pull his leg by asking him if he needs a new cell phone.”

Pawan Singh (Zafar Ali Mirza, Aur Bhai Kya Chal Raha Hai?) shares, “When I was a teenager, I was very fond of cricket but did not have my own bat! I used to ask to borrow bats from my friends to play the sport. So, on Bhaidooj, my sister gifted me my first cricket bat from her pocket money and that was one of the best moments of my life. I was almost in tears seeing the bat in my hand. I still have the bat and it is my special possession that I cherish.”

Akshay Mhatre (Varun, Ghar Ek Mandir- Kripa Agrasen Maharaj Ki) shares, “Bhau Beej is one festival I always feel excited for. Every year, my cousins get me some nice kurtas or shirts. This tradition of gifting is being followed for many years. So, every year I wait to see what new clothes they have picked up for me. I feel touched by their gesture”.

Nehha Pendse (Anita Bhabi, Bhabiji Ghar Par Hai) said, “Bhau Beej is an important festival for me and my brother. We celebrate the occasion with full zeal and zest. It is the only day other than Rakhsha Bandhan when we openly confess our love and affection for each other and sometimes also demand gifts of our choice.

I still remember my brother’s face glee when I gifted him a wallet of his favourite brand on Bhau Beej. He was so happy that he hugged me tight, and I will cherish that moment forever. I placed 10 rupees note in the wallet as good luck and he still carries that note with him.” Tune in to watch Ghar Ek Mandir-Kripa Agrasen Maharaja Ki at 9:00 PM, Aur Bhai Kya Chal Raha Hai? at 9:30 PM, Happu Ki Ultan Paltan at 10:00 PM and Bhabiji Ghar Par Hai at 10:30 PM, airing every Monday to Friday only on &TV