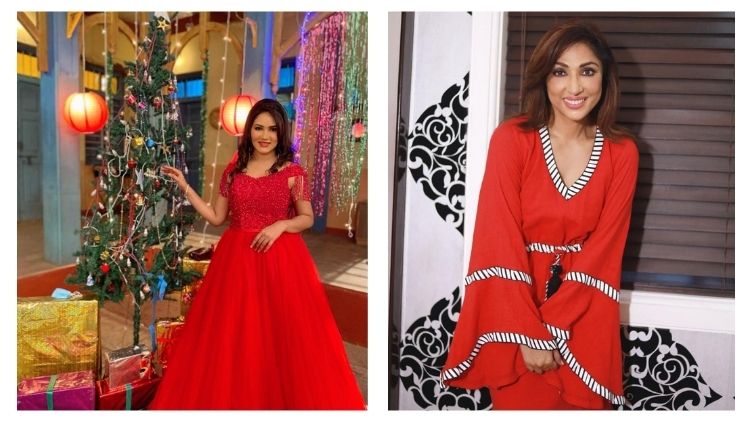 Mouli Ganguly (Mahasati Anusuya) from &TV’s Baal Shiv shares, “As a kid, I used to believe that Santa would come to see everyone’s tree and whoever decorates it the best he would give them chocolates and gifts. I had no specific wish to make, but I made all the efforts to decorate my Christmas tree and make it look beautiful. I didn’t receive anything for many years, so I felt my Christmas tree was not well decorated. But one Christmas morning, I saw a pretty frock lying under the tree, and I got extremely happy. Later, I learned that it was not Santa Claus, but my grandmother got me that dress to wear at the Christmas party at my school that day. And she was the one who kept it there. I so wish to relive those innocent days and decorate the tree again to impress Santa on Christmas”.

Ankit Bathla (Siddhant Sinha) from &TV’s Ghar Ek Mandir-Kripa Agrasen Maharaja Ki shares, “Christmas is one of my favourite festivals. I would wait for this festival eagerly and keep all the decorations ready in advance. I have always had a sweet tooth, and I was crazy for chocolates. For me, Christmas is a chocolate day (laughs). I hung little socks around the house, hoping Santa would come and fill them with chocolates and candies. The next morning, my wishes came true, and it continued for many years until I grew up and realized not Santa Claus, but my mother would do that. I wish all of you to keep receiving such sweet surprises on Christmas”. Ankit further adds, “One special thing that we used to do on Christmas Eve is make Christmas tree out of peacock feather which looked beautiful and unique”.

Akansha Sharma (Sakina Mirza) from &TV’s Aur Bhai Kya Chal Raha Hai? says, “As a kid, I was obsessed with dolls and soft toys. And every year, I would excitedly wait for Christmas to come to get a new doll or a soft toy. I keep telling my friends and family about the doll I have been mentioning to Santa every night to gift me on that day. On Christmas morning, I received dolls from my parents, and they would tell me that it was Santa Claus who delivered this to them. The ritual of receiving the dolls and soft toys on Christmas continues. It’s just that now I know Santa never came to deliver that it was always my parents. I wish the Christmas always be this special to me and my fans”.

Kamna Pathak (Rajesh) from &TV’s Happu Ki Ultan Paltan says, “During my teenage, I had this strange obsession with hair accessories like clips, bands, hair bows. So, I remember one Christmas where I discussed how badly I wanted those colourful bead clips to braid my hair into different styles a day before the festival. The next day, I see a box full of those bead clips and different kinds of clips and bands. My secret Santa that year was none other than my sister. I was very happy with the gift, and I was very touched by her gesture of fulfilling my wish. Christmas is all about spreading happiness and I wish everyone a Merry Christmas with a lot of love, joy, and success!”

Shubhangi Atre (Angoori Bhabi) from &TV’s Bhabiji Ghar Par Hai shares, “In my school days, a classmate of mine was sharing a story that how Santa Claus came and hung a badminton racket on the Christmas tree, she had at her place. I was very young and believed it was a true story. Though the Christmas celebration was over, I thought of making a similar wish to Santa as I wanted a tape recorder as I was very fond of music and dance. I cut out a Christmas tree from paper and coloured it green and wrote a Tape recorder on it, assuming I would be receiving it the next day from Santa Claus. And it magically did happen, and my Santa was none other than my father. My father was my Santa, and keeping the legacy alive, I am my daughter’s secret Santa every year and get her whatever she wishes. I wish my fans a Merry Christmas and urge them also to be a secret Santa for their loved ones”.