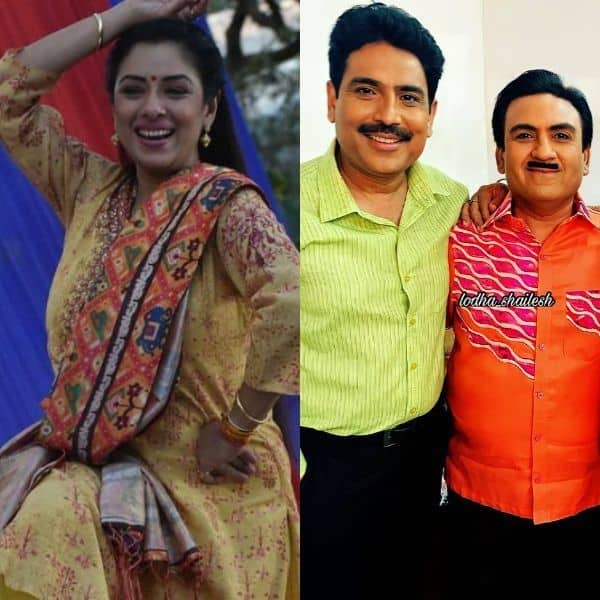 It’s time to say hello to the weekend and get all the important news of the week. This week has been full of exciting news and we are sure you don’t want to miss any of them. So if you have missed out on something important this week, then catch up all those stories here. Anupamaa actress Rupali Ganguly testing positive for COVID-19, Taarak Mehta Ka Ooltah Chashmah’s Shailesh Lodha and Dilip Joshi’s tiff, Ajaz Khan stuck in drug case, we bring you our list of TV newsmakers this week. Have a look at the biggest stories of the week. Also Read – Taarak Mehta Ka Ooltah Chashmah BEATS Anupamaa to become the most loved TV show on social media

Rajan Shahi’s show Anupamaa has been in the news this week. The new journey of Anupamaa and Vanraj has begun. They are about to get divorced but the family decides to go on a picnic before they separate. The Shahs send Anupamaa and Vanraj alone on bike which makes him emotional as they remember the good old days. Another reason why the show has been in the news is because Rupali Ganguly tested positive for Coronavirus. The actress took to Instagram to share the news. Also Read – From Rupali Ganguly to Nikki Tamboli: These TV stars recently got tested positive for coronavirus

Taarak Mehta Ka Ooltah Chashmah has been another which was being talked about this week. There were recent reports of a rift between Shailesh Lodha aka Tarak and Dilip Joshi aka Jethalal. The reports said that they are not on talking terms and don’t even smile at each other once their shot is over. They head straight to their vanity vans. Later, Shailesh Lodha responded to the alleged rift. Talking to Dainik Bhaskar, he said that he wants to know who is spreading these rumours. He said that there nothing wrong between Dilip Joshi and him. He also said that their real-life friendship is much stronger than the bond they have on-screen. According to him, they share the same makeup room and people on the set call them ‘best buddies’. Also Read – Anupamaa: Did you know Kavya aka Madalada Sharma is the daughter of THIS film actress?

The reports of Ajaz Khan nabbed by the NCB officials broke out earlier this week. The was taken from the Mumbai airport directly. The NCB officials have taken Ajaz for alleged possession of drugs. The arrest happened at Mumbai Airport when he was returning from a shoot in Rajasthan. Later the actor was spotted outside the NCB office. He was being taken to the hospital where he would soon undergo the drug test. The paparazzi were present when the NCB officials were taking Ajaz Khan to the hospital. In his media statement, Ajaz Khan denied all the allegations and said that he only had four pills that belonged to his wife who had been suffering from depression post her miscarriage.

Shweta Tiwari recently gave an interview which went viral. Shweta was earlier married to Raja Chaudhary and have a daughter named Palak. The actress divorced Raja, accusing him of domestic violence, and married Abhinav Kohli in 2013. Abhinav and Shweta have a son named Reyansh. She opened up about her marriages and the impact it had on her children, Palak and Reyansh. She said that her children have been found in a mess because she chose the wrong men in her life. She said that her kids have been hiding their pain from her and that Palak has seen her being beaten up. Shweta also said that Abhinav Kohli used to threaten her of posting things about her on social media.

Gauahar Khan had landed in trouble earlier this month. It was reported that the Brihanmumbai Municipal Corporation (BMC) filed an FIR against Gauahar Khan for allegedly steeping out to shoot despite testing positive for Coronavirus. Post that the Federation of Western India Cine Employees had issued a non-cooperation notice for two months against actress Gauahar Khan for violation of the government rules on the Covid norms for film shooting. She had been debarred for 2 months after flouting COVID-19 rules. Recently, the FWICE lifted the ban imposed on Gauahar Khan and gave her stern warning. They have advised the actress to value life and that she won’t be sparred the next time.