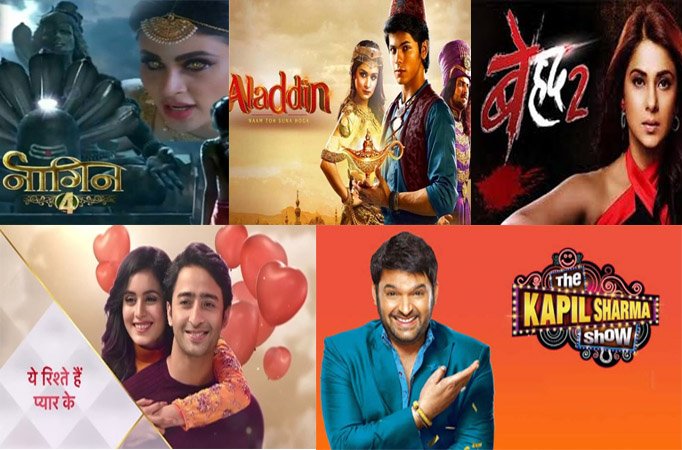 MUMBAI:Last year, a couple of popular TV shows went off-air due to various reasons. And in the first month of 2021, we have got news about 3 popular shows going off-air.

2020 impacted everyone’s lives in some way or the other. We were hit by a global coronavirus pandemic and its effects are still there in 2021. The global pandemic took many human lives and at the same time, people lost their jobs. Many industries, including the entertainment sector, were hit massively by the pandemic. TV and film shoots came to a standstill. While film releases were delayed, many TV shows shut shop due to the COVID-19 situation. The shows either went off-air due to low TRP’s or because of the financial losses suffered by the production houses.

And although we have entered the new year, the situation doesn’t seem to have changed. In the very first month of 2021, we have received the news of three popular shows going off-air.

This article talks about popular TV shows that went off-air in 2021 and the ones that will in 2021. Without any further ado, let’s start with the shows that shut shop in 2020.

The makers of Beyhadh returned with a second season due to the massive success of the first one. Jennifer Winget returned in the titular role of Maya, however, the show somewhere failed to strike a right chord with the audience. Since there were certain financial constraints as the show was mounted on a big budget, the makers of Beyhadh 2 brought down the curtains on the show. What was shocking for viewers was the fact that it ended on an abrupt note.

Shaheer Sheikh and Rhea Sharma’s Yeh Rishtey Hain Pyaar Ke was one of the top-rated shows in 2020. However, after the lockdown, the TRP’s started falling, and reportedly due to that very reason, the makers thought it was right to end the show.

Ekta Kapoor’s fourth season of Naagin featuring Nia Sharma, Vijayendra Kumeria, and Jasmin Bhasin did not live up to people’s expectations. Despite low ratings, the show enjoyed a smooth run on TV. But after the lockdown, the makers decided to pull the plug and the show came to an end.

Owing to the stupendous success of Kasautii Zindagii Kay, Ekta Kapoor brought back the show with a new star cast – Parth Samthaan and Erica Fernandes. KZK was running successfully on TV but once the reports of Parth’s ouster from the show made headlines, Ekta Kapoor reportedly thought of ending the show. And within days of those reports surfacing, Kasautii Zindagii Kay indeed went off-air.

Now, let’s talk about popular TV shows that are all set to go off-air in 2021:

Yes, you read that right. The Kapil Sharma Show is reportedly going to end by mid-February. Revealing the reason why the makers have decided to end the show, a source informed “Currently, there is no live audience due to the pandemic. Films too are not releasing and so, Bollywood actors are not coming to the show for any film promotion. So, the makers felt that it would be ideal to take a break right now.”

It has been confirmed that  Aladdin: Naam Toh Suna Hoga, featuring Siddharth Nigam, is going to end by February 5th. Siddharth himself confirmed this development and, “It is going to be very difficult to live without playing Aladdin. All the cast and crew is sad after hearing the news. But as the saying goes all good things come to an end.”

Kanika Mann, who made her TV debut with Guddan Tumse Na Ho Payega, recently spoke about her show going off-air. The actress told that she learned about this development on January 31. “At first, I was shocked, but I comforted myself by thinking that the New Year will mark new beginnings for me. I stayed positive. However, four days ago, I broke down while giving a byte on this development,” she said.