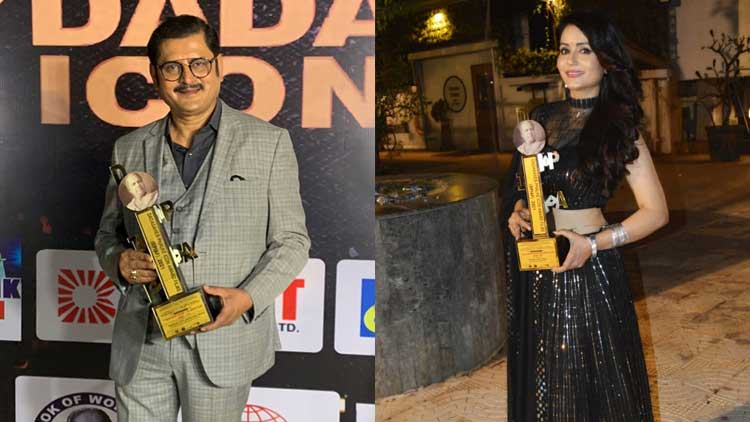 Even during the pandemic, the Television industry never stopped, and I believe they are no less than COVID warriors who worked hard to spread happiness and keep people at home. It is a proud moment for us when our beloved audience recognizes the show, it is the seventh year of the show, and we have been winning this award every year. I want to thank the channel, the actors and the whole team to make these shows iconic.”

Winning the Best Actress award under the comedy category, Shubhangi Atre (Angoori Bhabi, Bhabiji Ghar Par Hai) shares, “Nothing is as precious as getting recognized for your art and hard work. I am thankful to the makers and the whole team for making Angoori such a beloved character. Such achievements motive us as artists to work harder and entertain people.”

Rohitashv Gour (Manmohan Tiwari, Bhabiji Ghar Par Hai), on receiving the Best Actor award under the comedy category, says, “I am thankful to everyone who has loved Tiwari Ji so much that I received such a prestigious award. The viewers and the show makers have made this possible, and I will be forever grateful. It has just boosted my enthusiasm to keep working and polishing my art form. Thank you so much, everyone, for the blessings and the love.”

Expressing her excitement on receiving the award for the Most Versatile Anchor and Actress, Charrul Malik (Russa, Bhabiji Ghar Par Hai/Happu Ki Ultan Paltan) shares, “It is an honour and privilege to receive such a prestigious award for two most iconic shows and being loved for the same. This year has given me a lot, and it is the blessing of the channel and Binaiferr ma’am’s support that I am here. I want to thank each and everyone involved in making my debut as an actor a memorable journey and making Russa a part of the family.”