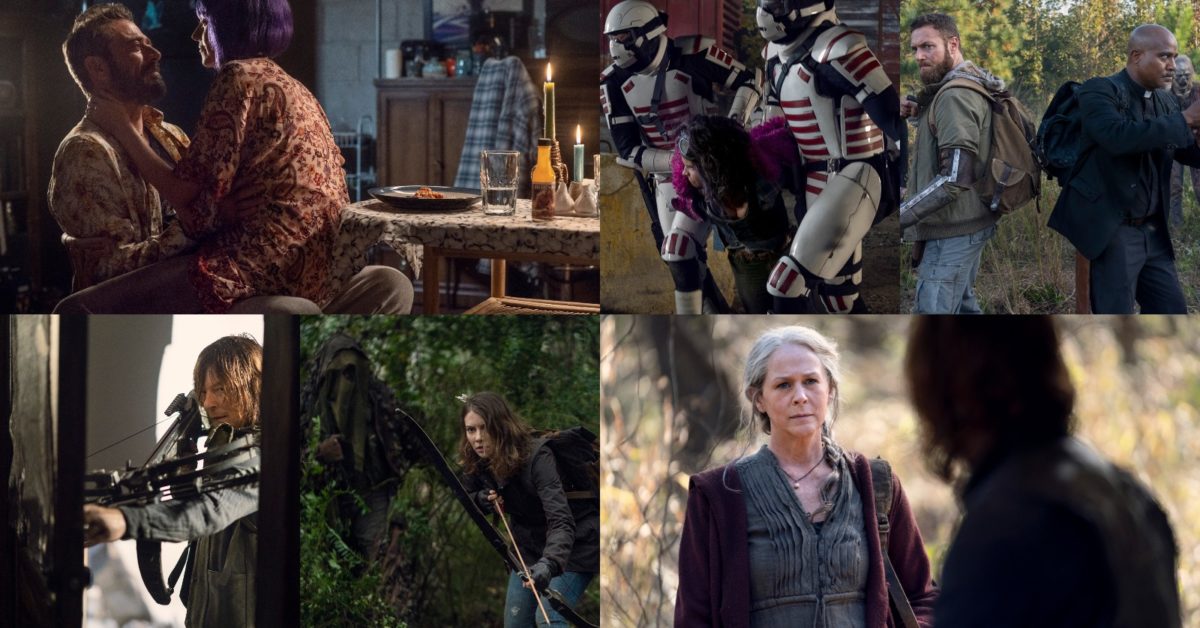 Another day means another look at AMC’s The Walking Dead as it readies to return on Sunday, February 28, for the first of six “extra” episodes meant to both put a bow on the tenth season while setting the stage for the eleventh and final extended season. Yesterday, viewers were treated to a brief clip from what appears to be “Home Sweet Home,” with Daryl (Norman Reedus), Maggie (Lauren Cohan), and others on the hunt for an unknown and unseen threat- and they mean business. Now, series showrunner and executive producer Angela Kang is offering us a look at how things are going on the TWD set. Specifically, a fun post demonstrating the two moods generally found on the set at any given time. We won’t spoil it for you before you check it out, but let’s just say that it’s pretty fitting to have Cohan and Jeffrey Dean Morgan representing both two sides of the “mood coin.”

Here’s a look at Kang’s Instagram post from earlier today- where we’re thankful Cohan and Morgan didn’t switch roles because as funny as that would’ve been? You know social media would’ve flipped over flipping off with a kid in the shot:

Here’s a look back at the sneak preview for The Walking Dead Season 10C, set to premiere on AMC beginning Sunday, February 28:

Here’s a look at the official trailer as well as a behind-the-scenes video released for Season 10C, followed by a mini-season overview and the episode intel (with the updated table read videos, including today’s clip from “Find Me”) that were released. Robert Patrick (Terminator 2: Judgment Day, Perry Mason, Scorpion) as Mays, Hilarie Burton Morgan (One Tree Hill, White Collar, Friday Night In with the Morgans) as Lucille, and new co-star Okea Eme-Akwari (Greenland, Cobra Kai) as Elijah are set to join the cast. The six new TWD episodes will debut Sunday, February 28 at 9 pm ET/8CT, followed by a new episode of Talking Dead each week.