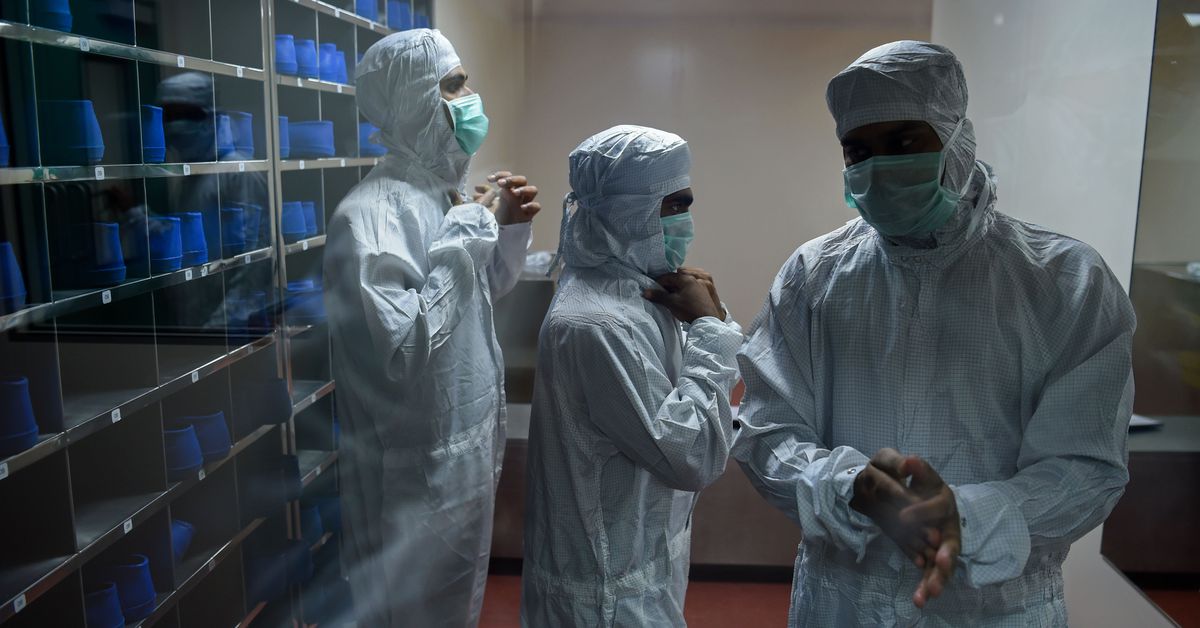 Since the early days of the COVID-19 pandemic, experts have cautioned that the first batch of vaccines created against the virus might not be the last. Like all viruses, this one would mutate, and eventually, those mutations could make the virus different enough that a different vaccine would be needed to combat it. Only two months into the vaccination campaign, researchers are preparing for that inevitability.

There’s early evidence from South Africa that both the Novavax and the Johnson and Johnson vaccine candidates are not as effective against a variant form of the virus first identified in the country, called B.1.351. The shots still offer some defense and still protect against hospitalization and death. Preliminary research indicates that the COVID-19 vaccines already authorized in the United States, made by Moderna and Pfizer / BioNTech, will also still block this variant.

The first known cases of infection with this strain were reported in the US this week. And even though its vaccine does appear to be partially effective against the variant, pharmaceutical company Moderna announced this week that it’s starting work on another version of its COVID-19 vaccine. It’ll be more specifically targeted at B.1.351. It’s a good move based on what researchers know so far, says Dylan Morris, who studies viral evolution at the University of California, Los Angeles. “I’d say that it’s prudent, rather than an emergency,” he says.

Many assumed Covid mutations would partially escape vaccines. In vitro evidence already suggested that. What we now see is that the vaccines may still afford measurable, albeit reduced protection. We now need regulatory process to allow efficient updating to reflect new variants.

Blood drawn from people vaccinated with the Moderna COVID-19 vaccine had antibodies that blocked the B.1.351 virus, new research showed. However, it took around six times more of them to block this strain than the predominant form of the virus that the vaccine was designed against. Pfizer and BioNTech’s COVID-19 vaccine also produces antibodies that block viruses with mutations found on the B.1.351, although it takes slightly more of them as well, preliminary research showed.

Both the authorized vaccines produce sky-high levels of antibodies to begin with, so there’s some room for a slight drop-off in potency. That high starting point means there’s more of a cushion against changes in the virus, Anthony Fauci, director of the National Institute of Allergy and Infectious Diseases, said in a press briefing last week.

One of the reasons that Moderna might still want to update their vaccine is to maintain those impressive levels of antibodies, says Stephen Goldstein, who studies evolutionary virology at the University of Utah. An additional shot designed to target the new variant could theoretically boost the body’s antibody response, even against a more formidable foe. “We’re in good shape for at least like the next few months with these new variants, but we would maybe like to get back up to those really, really high levels of neutralizing antibodies that is the standout feature of these vaccines,” he says.

Part of the uncertainty comes because scientists still don’t know what antibody levels someone needs to generate in order to be protected from COVID-19. “We can’t just do an experiment in a lab and say that it’s time to update the vaccine,” Goldstein says. “There’s a little bit of guesswork involved.”

There are a few different ways for researchers to take some of the guesswork out of the equation. Scientists could measure the antibody levels of people who were vaccinated but still got sick with COVID-19, and identify the cutoff where the vaccine wasn’t protective. They could also compare the efficacy of a new vaccine that generates a high antibody response with an older version of that vaccine with lower potency. Animal models may work, too. In December, a team looked into the relationship between protection and antibody numbers in monkeys, finding that relatively low levels blocked the virus.

“People are working to measure this, and try to get a better picture of what the things that are easy for us to measure — like antibodies — tell us about the thing we’re most interested in, which is how well can you be protected against disease,” Morris says.

Scientists already have that information about more well-known viruses, like influenza. Researchers and regulators know what levels of antibodies the flu vaccine needs to generate in order to provide enough protection against the flu. They don’t need to run a full-blown clinical trial to test how effective a new flu shot is — instead, the Food and Drug Administration will approve new flu vaccines based on the antibody response they generate in a trial in a small group of people. Once a flu vaccine meets that threshold and is approved, that company can modify it against each new seasonal flu strain without having to collect new clinical data. Ideally, researchers will eventually be able to do something similar for COVID-19 vaccines.

It could be a few months before we have a good grasp on the amount of immune response that corresponds with protection from COVID-19. When they do, the FDA might sign off on updated or booster vaccines based on data showing that a new version can push the body to generate that level of immune response, rather than ask that companies go through clinical trials.

“FDA has already given thought to developing a potential pathway, should changes need to be made to authorized COVID-19 vaccines or other products based on information on emerging variants,” tweeted acting FDA Commissioner Janet Woodcock.

FDA has already given thought to developing a potential pathway, should changes need to be made to authorized COVID-19 vaccines or other products based on information on emerging variants. We are committed to having a public and transparent process around our path forward.

The decision to push out any booster shots and adjusted vaccines should also take into account how much of a new form of the virus is circulating in a given area, Goldstein says. Right now, there are only two confirmed cases of people in the United States infected with the B.1.351 virus strain, though there could be others that haven’t been identified. “It’s still quite rare outside of South Africa, so we don’t want to be vaccinating people in the US against the strain that’s not present in the US,” Goldstein says.

Eventually, it might become more widespread, and it might make sense to give people that additional protection. That’s why it’s encouraging that Moderna is preparing the boosters now. “We want to be prepared in case that virus becomes more prevalent,” Goldstein says. Other strains of the coronavirus that are more able to evade existing vaccines could also emerge in the future. “I think that it will be really good to get the technological and regulatory side of things lined up ahead of time, for if and when we need to roll out a vaccine update,” Morris says.