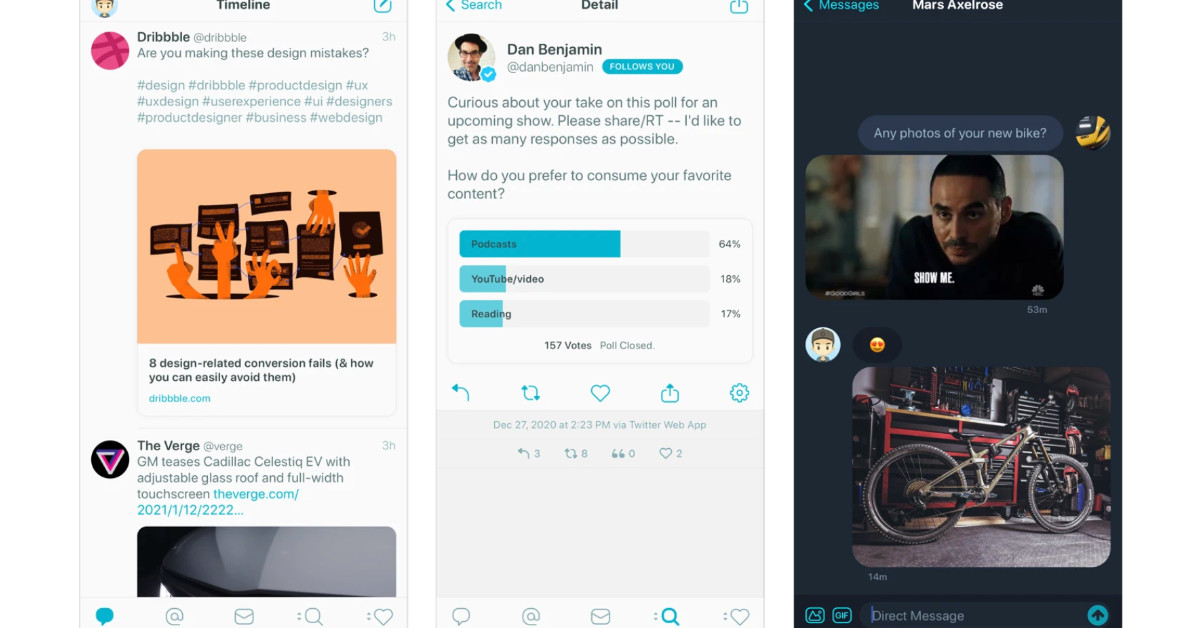 Tweetbot has long been one of the best third-party Twitter applications around for the iPhone and Mac, and today sees the launch of the latest version for iOS: Tweetbot 6, which converts the app into a paid subscription service instead of the single-time purchase that was previously offered.

The new app makes the change to Twitter’s new API that the company introduced last summer, enabling some long-missing features in the premium Twitter app like Twitter cards and polls. That change does come with some trade-offs, though, including the removal of user-selected options for URL shortening, image uploads, and video uploads.

The free version of the app offers some basic functionality in allowing users to view Twitter — but you’ll have to pay for more substantial features, including the ability to send or reply to tweets, along with support for multiple accounts, push notifications, and “advanced filtering.”

Existing users may find the update to be a bit frustrating, given that Tweetbot 5 had previously been a single-time purchase for $4.99. At $0.99 per month (or a discounted $5.99 per year), the new app marks a price increase no matter how you look at things, while offering only a handful of new features to make up the difference. Furthermore, Tapbots will soon stop selling Tweetbot 5 on the App Store (developer Paul Haddad says Apple made that a requirement to approve the new version), so new users soon won’t have the choice to buy the outdated older version for a single-time payment.

Tapbots does note on its website that the new version of Tweetbot 6 is an “early access” version of the app, with “many new features on our roadmap to be built as well as new API’s to adopt as Twitter makes them available,” so it’s possible that the new app will get further functionality over time that may ease the bitter pill of the pricer subscription change.

The company also has yet to announce any upgrade plans for the Mac version of Tweetbot, which currently uses the older Twitter API and still costs $9.99 upfront to use. Including an updated macOS version of Tweetbot in that monthly or yearly subscription could also help add value to the new subscription, a strategy that other apps like Fantastical have employed in their own jumps from paid apps to ongoing subscriptions.