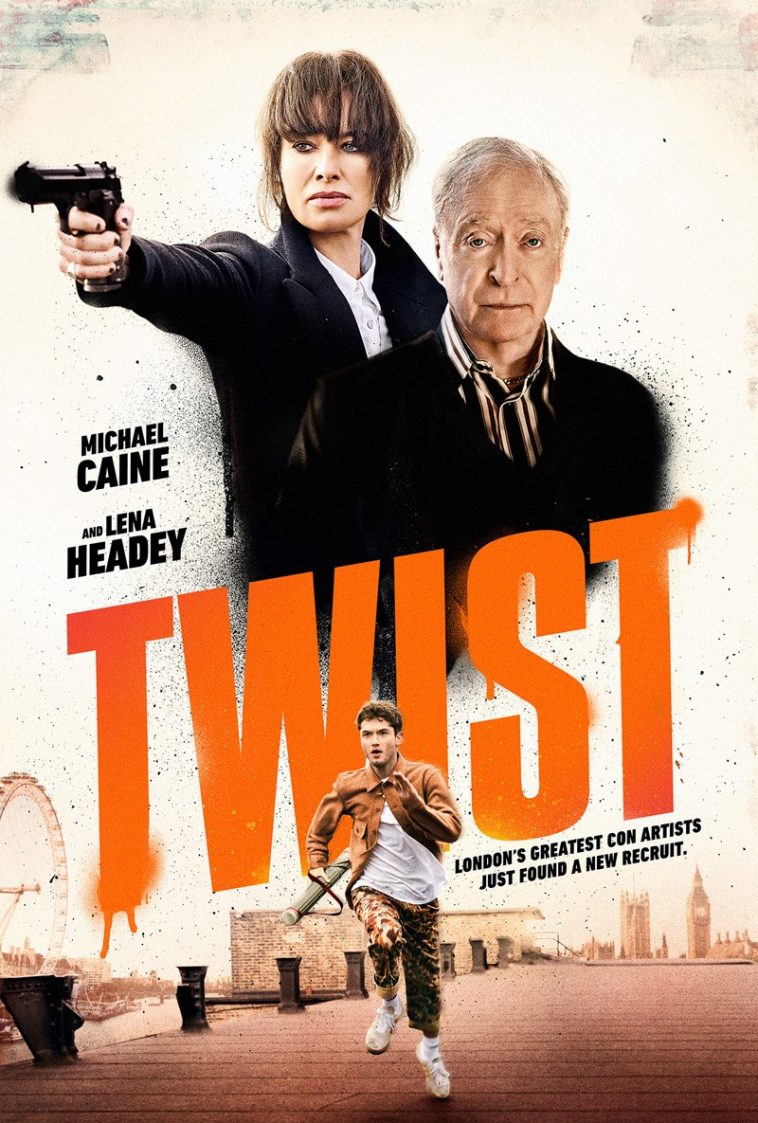 Movie giant Saban FIlms drops the first official trailer for a new twist on the Charles Dickens’ classic Oliver Twist called Twist. The film is a modern day take on the story, set in London, this time about a gifted graffiti artist who joins a street gang.

Inspired by Charles Dickens’ iconic novel Oliver Twist, this action-fueled crime-thriller in contemporary London follows the journey of Twist (Raff Law), a gifted graffiti artist trying to find his way after the loss of his mother.

Lured into a street gang headed by the paternal Fagin (Michael Caine), Twist is attracted to the lifestyle — and to Red (Sophie Simnett), an alluring member of Fagin’s crew. When an art theft goes wrong, Twist’s moral code is tested as he’s caught between Fagin, the police, and a loose-cannon enforcer (Lena Headey).

It is directed by Martin Owen, the screenplay is written by John Wrathall and Sally Collett. The film releases on 30th July 2021.