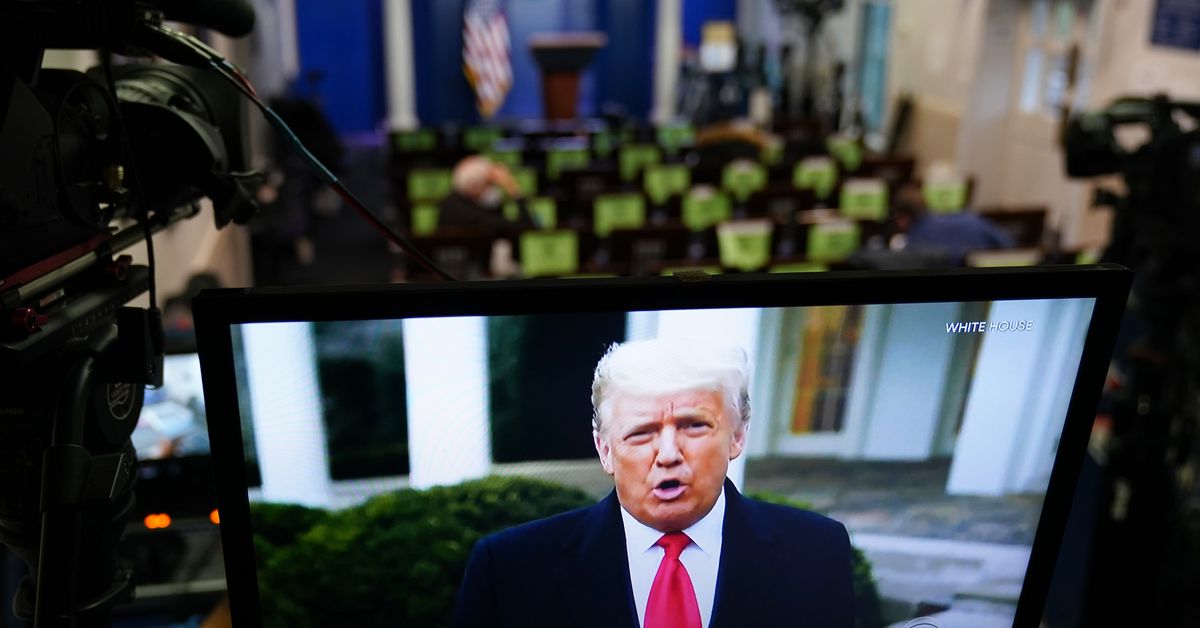 In the wake of an unprecedented mob attack on the Capitol building, Twitter has restricted a tweet from President Donald Trump, including its attached video. Users can no longer reply to, like, or retweet the post due to what Twitter is referring to as a “risk of violence.”

In Trump’s Wednesday Twitter video, he responded to mob violence at the US Capitol calling on rioters to peacefully “go home” hours after the chaos began. But he also repeated false claims that the 2020 presidential election was fraudulent and did not denounce the violence, leading some to find the calls for order unconvincing. “We had an election that was stolen from us,” Trump said in the video. “It was a landslide election and everyone knows it, especially the other side. But you have to go home now.”

Twitter has previously labeled content posted by the president over the last year. Throughout the 2020 presidential election, the platform placed labels on dozens of Trump’s tweets that made false or misleading claims about voter fraud. However, this appears to be the first time Twitter flagged a tweet as posing “a risk of violence.”

Twitter did not immediately respond to multiple requests for comment from The Verge, but it pointed to an earlier statement made Wednesday in a tweet thread. “In regard to the ongoing situation in Washington, D.C., we are working proactively to protect the health of the public conversation occurring on the service and will take action on any content that violates the Twitter rules.”

Twitter’s statement continued, “We are also exploring other escalated enforcement actions and will keep the public updated with any significant developments.”

Trump’s video was also posted to Facebook. Shortly after it was published, Facebook labeled the post directing users to factual information on 2020 election results. Later, Facebook imposed a stricter label that reads, “Joe Biden has been elected President in results that were certified by all 50 states. The US has laws, procedures, and established institutions to ensure the peaceful transfer of power after an election.”

“The violent protests in the Capitol today are a disgrace,” Facebook said in a statement Wednesday. “We prohibit incitement and calls for violence on our platform. We are actively reviewing and removing any content that breaks these rules.”

Police are still regaining control of the Capitol in the wake of the mob attack, although lawmakers have vowed to finish certification of the results of the 2020 presidential election as soon as they regain control of the building. At least one person has been shot, and a number of Capitol Police officers were injured.