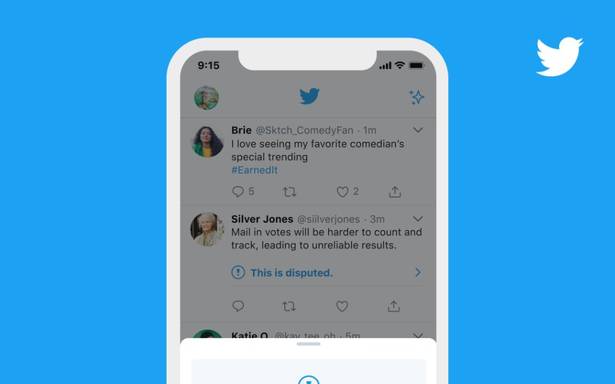 Misleading tweets including officials claiming election win before its being authoritatively called was labeled, and users were directed to the official U.S. Election Twitter page.

The social networking platform labeled nearly 300,000 potentially misleading tweets between October 27 and November 11. This represented nearly 0.2% of all US election-related tweets sent during this time period, Twitter said in a statement.

Twitter also said more than 450 tweets were covered by a warning message and had engagement features restricted, including limitation on retweeting. The number of Quote Tweets of the labeled tweets witnessed a 29% decrease due to prompts sent by Twitter, the company said.

Twitter also stopped providing ‘liked by’ and ‘followed by’ recommendations during this period. Since this update did not cause a significant change in the spread of misleading information, Twitter reverted the change.

RELATED:  Elon Musk's tweets are moving markets — and some investors are worried