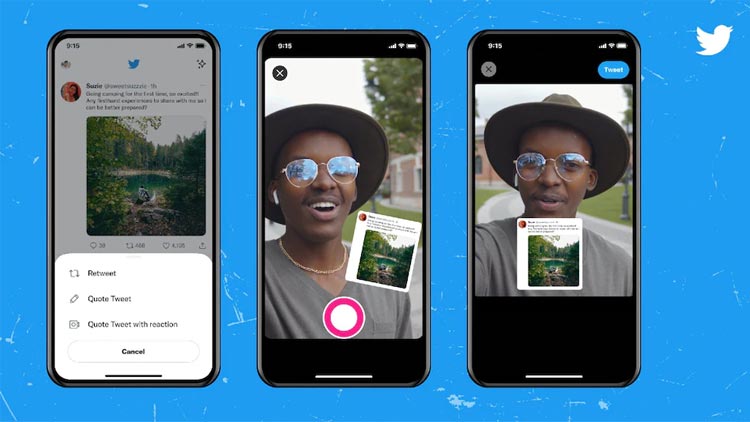 On January 7, the Twitter Support team tweeted about testing the new feature. As mentioned, users can share customized reaction videos for tweets with a ‘Quote Tweet with reaction’ option while retweeting. When a user clicks on the option, it will take them to a screen where they can add a photo or video with the tweet embedded. Additionally, Twitter has not shared the official release date of the new feature.

With this, it seems that video reply will be the new trend in 2022. Last month, Instagram added a new feature that lets users to reply to comments on posts through Reels.