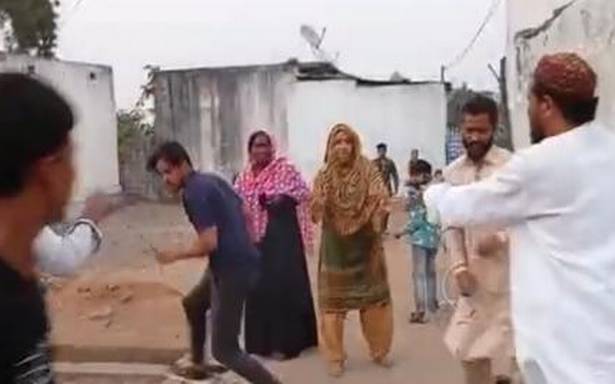 Two people suffered injuries after AIMIM’s Adilabad district president opened fire from his licensed revolver and attacked another person with a knife following an altercation while some children were playing cricket in the town on Friday.

According to police, Mohammed Farooq Ahmed, who is also former vice chairman of Adilabad Municipality, intervened in a quarrel that took place between two groups of children while playing cricket in Tatiguda area.

“Soon, parents of those children from two groups picked up an argument, and when Farooq Ahmed saw some people from another political party at the spot, he suddenly opened fire and as a result, Syed Zameer and Syed Mouthesin suffered bullet injuries,” Officer on Special Duty M Rajesh Chandra said.

He said one Syed Mannan suffered head injuries after the accused attacked him with a knife.

“While two bullets hit Zameer, another hit Mouthesin, who is battling for life,” he said.

Mr. Chandra said the situation was brought under control and the accused was remanded in judicial custody.

“The offence was a result of previous grudges. Police pickets were also posted in the area,” he said, adding that they wrote to the District Collector to cancel the gun license of Farooq Ahmed.