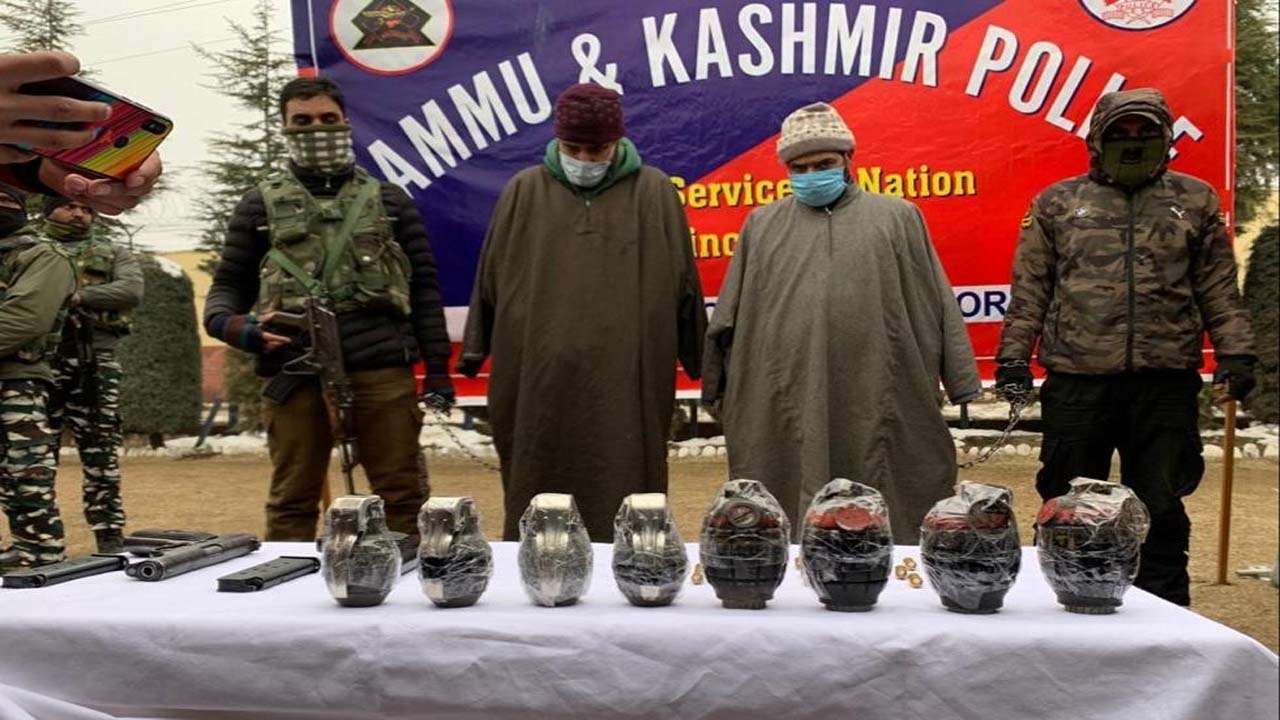 Two terrorist associates of Jaish-e-Mohammed (JeM) terror outfit were arrested along with arms and ammunition in Bandipora district of UT Jammu and Kashmir. Bandipora police had received reliable information that there were certain anti-national elements who were indoctrinating youths and influencing them with false narratives and motivating/enticing them to take violent path besides providing them arms, ammunition and other resources for this purpose.

On preliminary enquiry, the accused revealed that he is associated with Jaish-e-Mohammed terror outfit and he is in contact with handlers across the border from were he received instructions to identify innocent youth for joining militancy and pass on arms and ammunitions to them.

On his further disclosure, he named Showkat Ahmad Malik R/o Sangrama Sopore as his accomplice in carrying out his nefarious designs and accordingly a search Operation was launched in Sangrama Sopore with Sopore Police and 52RR leading to the recovery of 01 Pistol, 05 live Hand grenades and 20 live rounds from the accused person.

In this regard Case FIR No. 04/2021 under relevant sections of law has been registered in P/S Aragam and further investigation has been taken up.