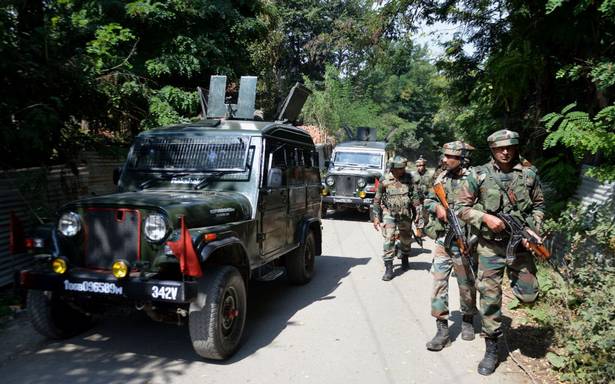 Two militants have been killed in a two-day long operation in south Kashmir’s Shopian district.

“The hiding militants were repeatedly asked to surrender. They turned down the offer. Both were killed in gunfight,” the police said.

Preliminary reports suggest both were locals and affiliated with Al-Badr militant outfit.

The duo was encircled in Kanigam village on Friday. “They switched their location to a residential area, which prolonged the operation,” the police said.

The police have not identified the slain militants. Internet has been suspended in the area as a precautionary measure.