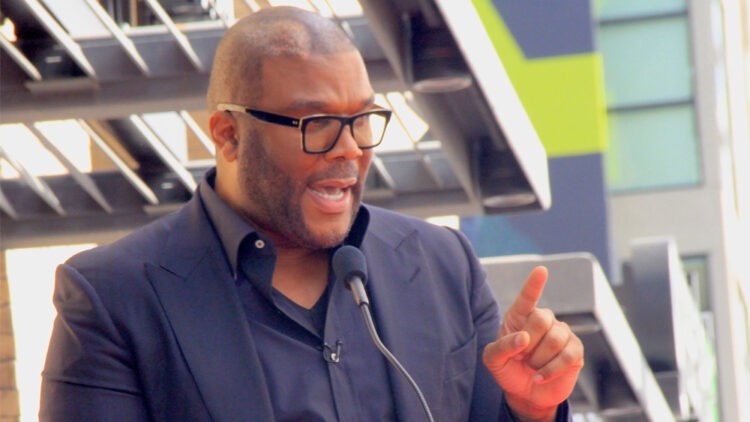 Tyler Perry, who owns the massive Tyler Perry Studios in Atlanta and is one of Georgia’s biggest employers of film and TV workers, is speaking out about the state’s recently passed, restrictive voter law, calling it “unconstitutional” and one that “harkens to the Jim Crow era.”

The new law, which Gov. Brian Kemp signed last week, has tougher ID rules for absentee ballots, limits the use of drop boxes like those implemented used during the 2020 elections, and gives state election board officials the ability to override local boards. It also makes it a misdemeanor to offer food or water to voters waiting in line.

Voting rights organizations argue the law targets voters of color in the state, which was the epicenter of the November elections that saw it vote in two Democratic senators in contentious runoffs. Joe Biden also carried Georgia in the presidential election, the first time a Democrat had done that since 1992.

Tyler Perry Sets ‘A Jazzman’s Blues’ As Next Film At Netflix; Taps Joshua Boone And Solea Pfeiffer To Star

“As a Georgia resident and business owner I’ve been here a few times with the anti-abortion bill and the LGBTQ discrimination bill,” Perry said in a statement Tuesday. “They all sent a shockwave through Georgia and the nation but none of them managed to succeed. I’m resting my hope in the DOJ taking a hard look at this unconstitutional voter suppression law that harkens to the Jim Crow era.

President Biden has said that the Justice Department is “taking a look” at the law. “We’re working on that right now,” Biden told reporters last Friday when asked. “We don’t know quite exactly what we can do at this point.” Biden himself denounced the law, calling it un-American, “a blatant attack on the Constitution” and “Jim Crow in the 21st century.” Civic groups including The New Georgia Project, a nonprofit voter registration group, Black Voters Matter Fund, Rise, Common Cause and others along with the NAACP and the ACLU have sued. Calls have grown for a boycott of Atlanta companies like Delta Air Lines and Coca-Cola that critics don’t think did enough to help block the law.

Earlier this week, the National Black Justice Coalition urged the PGA Tour to boycott next month’s Masters major golf tournament, which is held annually in Augusta, GA, over the voting law. Other sports leagues will likely be weighing options including Major League Baseball, which is set to hold its All-Star Game in Atlanta this year.

Perry appeared to tamp down boycott talk. “As some consider boycotting,” he continued, “please remember that we did turn Georgia blue and there is a gubernatorial race on the horizon – that’s the beauty of a democracy.”

Incumbent Republican Kemp has announced he’ll run for re-election in 2022. He may face a primary challenge after getting heat from former President Donald Trump for refusing to overturn the results of the 2020 election in the state.

Perry’s comments come as a Hollywood industry that is so heavily invested in Georgia is once again weighing its actions in the state. Director James Mangold tweeted that he won’t direct any more films in the Peach State because of the new voting law. Actor Mark Hamill supported him.

But it’s not yet clear if there will be anything resembling the massive industry outcry in 2019 and into last year after Gov. Kemp  passed a highly restrictive abortion law. Several productions exited the state. The law, which was slammed with immediate litigation, never went into effect and a federal judge struck it down last summer as unconstitutional. It’s currently under appeal.

It banned abortion if there was a “detectable human heartbeat,” which is possible with an ultrasound as early as six weeks into a pregnancy, or before many women realize they’re pregnant. Bob Iger, then Disney CEO, said publicly it would be hard to film in Georgia if the law ever took effect. Netflix expressed the same sentiment, as did WarnerMedia, NBCUniversal, AMC Networks, Sony, CBS and Viacom (which hadn’t yet merged in 2019 when it was passed). J.J. Abrams, Jordon Peele, Peter Chernin, Alyssa Milano, Christine Vachon, David Simon and others also spoke out.

“That was immediately a threat,” said one person involved in the Georgia entertainment industry. Now, he said, “things still feel like business as usual.” As production ramps back up, there may be as many as 60 projects currently shooting in the state, more than ever before, he said.

Perry’s 330-acre Tyler Perry Studios is located in the heart of Atlanta on the grounds of the former Fort McPherson Army base, with 40 buildings, 12 soundstages, 200 acres of green space and a backlot. He was among the first to employ a bubble model during the Covid pandemic to return hundreds of cast and crewmember to work on his various projects.

He also has been active in the Atlanta community. In April 2020 as the pandemic surged, he donated $21,000 to 42 out-of-work servers at Houston’s on Northside Parkway, a favorite restaurant of his. A few weeks later, he anonymously picked up the tabs at 44 Atlanta-area Krogers during the store’s designated shopping hour for seniors and at-risk patrons.

I will not direct a film in Georgia.