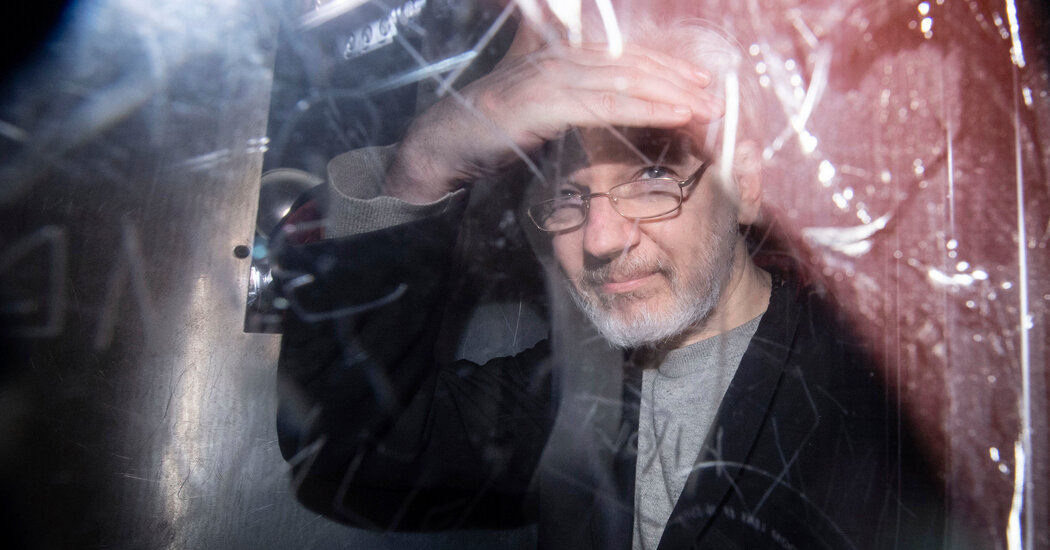 LONDON — A British judge ruled on Monday that Julian Assange cannot be extradited to the United States, granting the WikiLeaks founder a major victory against the U.S. authorities who have accused him of conspiring to hack government computers and violating the Espionage Act with the release of confidential communications in 2010 and 2011.

Mr. Assange, 49, who was present at Monday’s hearing and wearing a face mask, was indicted in 2019 on 17 counts of violating the Espionage Act for his role in obtaining and publishing secret military and diplomatic documents, acts that could result in a sentence of up to 175 years in prison if he were found guilty on all charges. He was also indicted on one count of violating the Computers Fraud and Abuse Act, bringing the total of charges to 18.

The judge, Vanessa Baraitser of the Westminster Magistrates’ Court, said in Monday’s ruling that she was satisfied that the American authorities had brought forth the case “in good faith,” and that Mr. Assange’s actions went beyond simply encouraging a journalist. But she said there was evidence of a risk to Mr. Assange’s health if he were to face trial in the United States, noting that she found “Mr. Assange’s risk of committing suicide, if an extradition order were to be made, to be substantial.”

She ruled that the extradition should be refused because “it would be unjust and oppressive by reason of Mr. Assange’s mental condition and the high risk of suicide,” pointing to conditions he would most likely be held under in the United States.

The ruling on Monday at the Central Criminal Court in London, known as the Old Bailey, was a major turning point in a legal struggle that has spanned more than a decade. But that battle is likely to drag on for at least several months, as U.S. prosecutors will appeal the decision. The authorities have 15 days to appeal.

A crowd of supporters gathered outside the courthouse in central London erupted in cheers when the verdict was delivered on Monday.

“Today, we are swept away by our joy at the fact that Julian will shorty be with us,” Craig Murray, a former British diplomat and rights activist who has been documenting the hearing, told reporters outside the courthouse, noting that Mr. Assange’s defense team would be requesting bail while the appeal was underway. He said while he was “delighted we have seen some humanity,” the ruling on mental health grounds was an “excuse to deliver justice.”

Rights groups also applauded the denial of the extradition request, but some expressed concerns about the substance of the ruling. Among them was Rebecca Vincent, the director of international campaigns for Reporters Without Borders.

“We disagree with the judge’s assessment that this case is not politically motivated that it is not about free speech,” Ms. Vincent said outside the courthouse. “We continue to believe that Mr. Assange was targeted for his contributions to journalism, and until the underlying issues here are addressed, other journalists, sources and publishers remain at risk.”

Mr. Assange’s mother, Christine Assange, posted on Twitter that the process had been punishment enough, and she urged the prosecution to stand down on its appeal.

Mr. Assange, who is Australian, rose to prominence in 2010 by publishing documents provided by the former U.S. Army intelligence analyst Chelsea Manning. He then took refuge at the Ecuadorean Embassy in London to escape extradition to Sweden, where he faced rape charges that were later dropped. In the meantime, he kept running WikiLeaks as a self-proclaimed political refugee. He spent several years there before his eventual arrest by the British police.

During the extradition hearing, which began in February but was postponed because of the coronavirus pandemic, lawyers representing the United States argued that Mr. Assange had unlawfully obtained secret document archives, and that he had put lives at risk by revealing the names of people who had provided information to the United States in dangerous places like war zones.

“Reporting or journalism is not an excuse for criminal activities or a license to break ordinary criminal laws,” James Lewis, a lawyer representing the U.S. government, told the court last year.

Mr. Assange’s lawyers framed the prosecution as an avowed war on whistle-blowers that could soon include journalists and publishers.

“The greatest risk for him in the U.S. is that he won’t face a fair trial,” said Greg Barns, an Australian lawyer and adviser to Mr. Assange. “Then he could spend the rest of his life in prison, in solitary confinement, treated in a cruel and arbitrary fashion.”

After the Department of Justice announced a new indictment against Mr. Assange in June and expanded allegations that he had sought to recruit hackers to release classified information, his lawyers tried to adjourn the extradition hearing in Britain to prepare their defense, but their request was rejected.

The hearing was also stymied by multiple technical glitches and restricted access for observers, which rights groups and legal experts said hurt the court’s credibility and hampered their ability to monitor the proceedings.

Mr. Assange has been detained at Belmarsh, a high-security prison in London, where he served a 50-week sentence for jumping bail in 2012 when he entered the Ecuadorean Embassy. When asked during a hearing in September whether he would consent to be extradited to the United States, Mr. Assange simply replied, “No.”

Many have hailed Mr. Assange as a hero for transparency who helped expose U.S. wrongdoings in Iraq and Afghanistan. But he has also been criticized as a publicity seeker with an erratic personality. The publication by WikiLeaks of emails associated with Hillary Clinton’s presidential campaign, which U.S. officials have said were hacked by Russian intelligence to damage her candidacy, also undermined his reputation with many previous supporters.

Mr. Assange was arrested in 2019 by the Metropolitan Police of London after he had spent seven years in a room in the Ecuadorean Embassy, from which he gave news conferences and where he had hosted a parade of visitors, including the singer Lady Gaga and the actress Pamela Anderson. He had also angered embassy workers by riding his skateboard in the halls.

By the time he was dragged away by the London police, Mr. Assange had become an unwelcome guest in the embassy.

Weeks later, Mr. Assange was indicted on 17 counts of violating the Espionage Act over his role in soliciting, obtaining and publishing secret and diplomatic documents in 2010.

With Mr. Assange in the British prison, a United Nations expert warned that he showed an alarming deterioration in his mental and physical state. Nils Melzer, the United Nations special rapporteur on torture and ill treatment, said in November 2019 that the punishment against Mr. Assange amounted to “psychological torture.” That same month, Sweden announced that it was ending its investigation into rape allegations against Mr. Assange.

But doctors said during the hearings that his state had worsened.

“I can attest to the fact that his health has seriously deteriorated, to the point where his life is now in danger,” Mr. Melzer said last month as he called for President Trump to pardon Mr. Assange.

News and press freedom organizations, as well as rights groups, have long warned that Mr. Assange’s indictment and a potential trial in the United States would set a dangerous precedent for press freedom.

“A key concern is should he be returned to the U.S.,” said Julia Hall, Amnesty International’s expert on counterterrorism and criminal justice in Europe.

“The espionage charges would indicate that he be held in a maximum-security prison, where conditions are awful,” Ms. Hall added. “For someone who has a such a high profile, with special treatment and Covid procedures in prison, that would amount to torture and ill treatment.”

Prosecutors have never charged a journalist under the Espionage Act, but legal experts have argued that prosecuting a reporter or news organization for doing their job — making valuable information available to the public — would violate the First Amendment. Mr. Assange’s actions remain difficult to distinguish in a legally meaningful way from those of traditional news organizations.

“It is impossible to overstate the dangerous precedent Mr. Assange’s indictment under the Espionage Act and possible extradition sets,” Laura Poitras, the filmmaker and journalist who won a Pulitzer Prize for her reporting on the National Security Agency’s mass surveillance program, wrote in an Opinion piece in The New York Times last month.

Journalists reporting on classified information could now face possible Espionage Act charges, Ms. Poitras said, and the indictment against Mr. Assange would pave the way for the U.S. authorities to pursue charges against other international journalists and publishers.