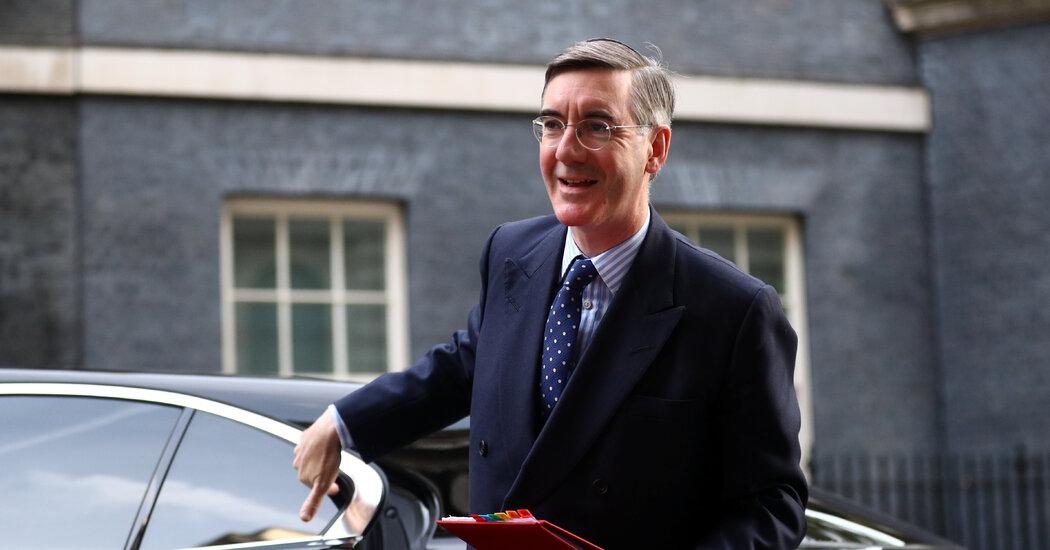 LONDON — Jacob Rees-Mogg, a Conservative British lawmaker who serves as leader of the House of Commons, has provoked anger by criticizing a UNICEF program that is set to provide free meals to children in Britain for the first time in the organization’s 74-year history.

Mr. Rees-Mogg on Thursday accused the United Nations children’s agency of staging a “political stunt” and urged it to focus its efforts elsewhere after UNICEF said it would serve meals to up to 15,000 children in the country, mostly in London.

“It is a real scandal that UNICEF should be playing politics in this way when it is meant to be looking after people in the poorest, the most deprived countries of the world, where people are starving, where there are famines and where there are civil wars,” he said during a parliamentary session.

Mr. Rees-Mogg said that UNICEF “should be ashamed of itself.”

UNICEF, which provides humanitarian and developmental aid to children in 190 countries, has described the coronavirus pandemic as the most urgent crisis affecting children since World War II. In Britain, it has warned that on top of the 2.4 million children who were already food-insecure, the situation has worsened for many more families since March.

UNICEF said this week that it had partnered with Sustain, a British food and farming organization, to reach thousands of children, most of them in southern London. The children will receive breakfasts over the two-week Christmas break and during the February half-term break, the organization said, adding that the operation would cost $1 million.

Zarah Sultana, a Labour lawmaker whose question in Parliament led to Mr. Rees-Mogg’s comments about UNICEF, reacted angrily to his response.

“It’s shameful for kids to go hungry” she said. “It’s not shameful to feed them.”

UNICEF’s director of programs and advocacy in Britain, Anna Kettley, said on Thursday that it was the organization’s mission to help the world’s poorest children. She said the program in Britain was a one-off response to support vulnerable children and families during the pandemic.

“We believe that every child is important and deserves to survive and thrive no matter where they are born,” she said.

As Britain faces a recession deeper than any other country in Europe or North America, food insecurity has been widely publicized by Marcus Rashford, the 23-year-old soccer star who has helped feed millions of children in the country this year.

When the nation went into a lockdown and schools closed in the spring, Mr. Rashford started a campaign to donate food for the 1.5 million children in England who qualify for free school meals. He garnered support throughout the country, and thousands of cafes, restaurants, pubs and private individuals have since donated food or money to charities.

Most schools in Britain have breakfast clubs, a before-class time in which children who have not had a chance to eat at home are offered porridge, eggs, toast and orange juice. Mr. Rashford has said that he benefited from such free meals.

“I didn’t really have an option but to go to breakfast club,” he told The New York Times in May.