Home News U.K. residents may not be allowed to travel abroad until all adults are vaccinated.

U.K. residents may not be allowed to travel abroad until all adults are vaccinated. 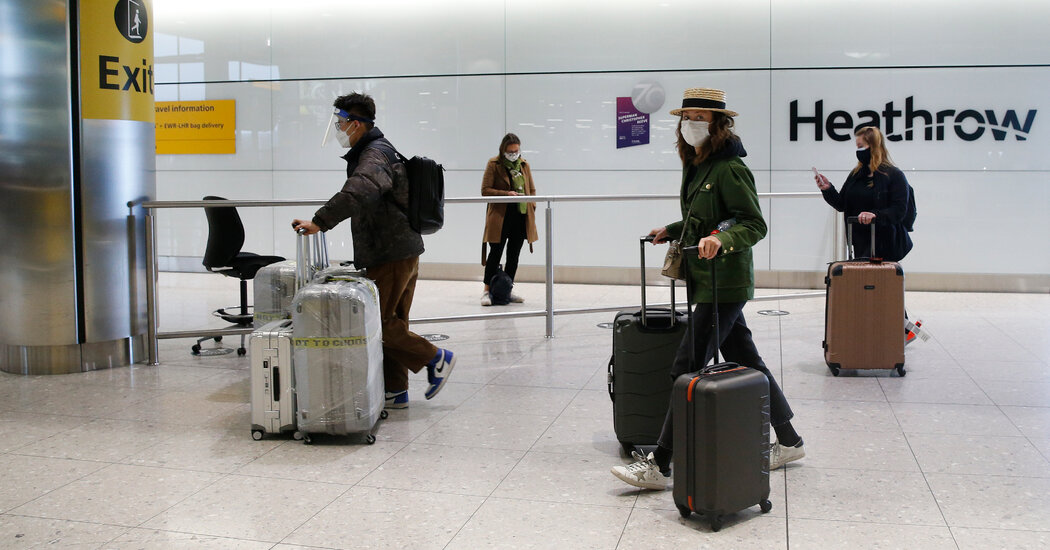 Vacationing abroad may not be possible for residents of Britain until all adults in the country have been vaccinated, a government official said on Wednesday, raising questions about how the tourism industry might cope with such restrictions and dashing hopes of many who hoped that a relatively successful vaccine rollout in Britain could let them enjoy trips abroad this summer.

The transportation secretary, Grant Shapps, said on British television that international travel would depend on “everybody having their vaccinations” in Britain, and that restrictions could remain as long as other countries have not made significant progress in vaccinations.

“We’ll need to wait for other countries to catch up as well, in order to do that wider international unlock,” Mr. Shapps said.

As of Wednesday, Britain had administered more than 12.5 million vaccine doses, equivalent to about 18 percent of its population, one of the highest rates in the world. At the current pace, the country is on track to give the first shot of a two-dose coronavirus vaccine to its entire population by the end of June.

The authorities have reported a sharp drop in the number of infections in recent days, and Prime Minister Boris Johnson is expected to announce a potential loosening of restrictions this month.

But on Wednesday, Mr. Shapps urged caution about travel plans for this year and advised people not to book vacations either within Britain or abroad. “I’m afraid I can’t give you a definitive ‘will there or will there not be’ the opportunity to take holidays,” he told Sky News.

Mr. Shapps’s warning came a day after the authorities announced new travel restrictions, including prison sentences of up to 10 years for anyone traveling to Britain who lies about where they’ve been.

Mr. Shapps called the measures, including the jail sentence, “appropriate.” Under other restrictions that are set to come into force on Monday, British residents arriving in England from more than 30 countries where coronavirus variants are believed to be widespread, will have to pay up to 1,750 pounds ($2,410) for a 10-day quarantine in government-managed hotel rooms.

Britain has reported 114,000 deaths from the coronavirus, the world’s fifth-highest known death toll.

In other developments around the world.