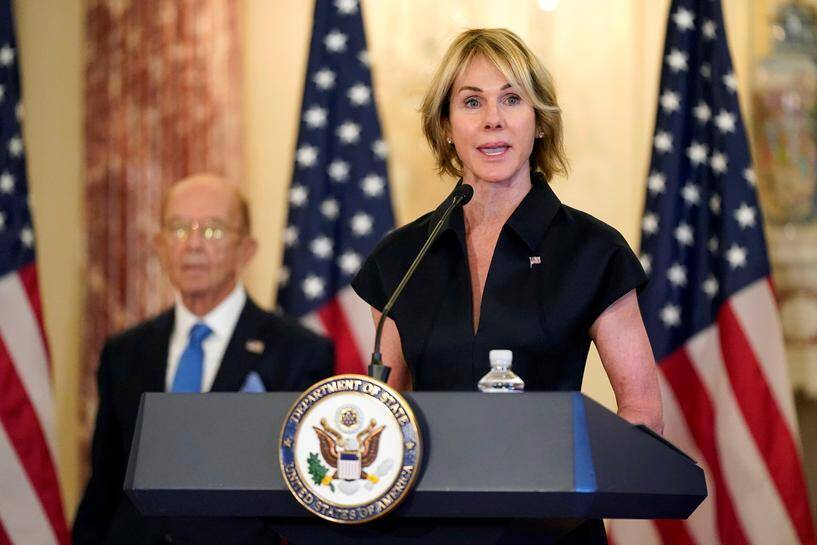 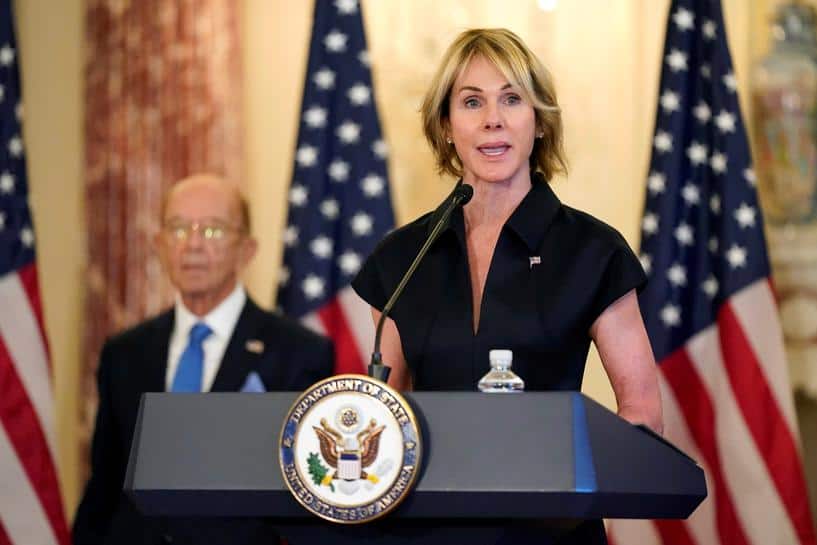 U.S. Ambassador to the United Nations Kelly Craft speaks next to Commerce Secretary Wilbur Ross during a news conference to announce the Trump administration’s restoration of sanctions on Iran, at the U.S. State Department in Washington, U.S., September 21, 2020. Patrick Semansky/Pool via REUTERS/File Photo

The U.N. Security Council is planning to discuss Western Sahara on Monday, diplomats said, after U.S. President Donald Trump recognized Morocco’s sovereignty over the disputed region in return for the kingdom normalizing ties with Israel.

Trump’s announcement last week was a departure from longstanding U.S. policy on Western Sahara. A closed-door U.N. Security Council meeting on the situation was requested by Germany, diplomats said.

U.S. Ambassador to the United Nations Kelly Craft sent a copy of Trump’s proclamation recognizing “that the entire Western Sahara territory is part of the Kingdom of Morocco” to U.N. chief Antonio Guterres and the Security Council on Tuesday.

The United States had supported a 1991 ceasefire between Morocco and the Algeria-backed Polisario Front, a breakaway movement that seeks to establish Western Sahara as an independent state. The ceasefire is monitored by U.N. peacekeepers.

The region has effectively been split by an earthen wall separating an area controlled by Morocco that it claims as its southern provinces, and territory controlled by the Polisario with a U.N.-mandated buffer zone between them.

U.N. talks have long failed to broker an agreement on how to decide on self-determination. Morocco wants an autonomy plan under Moroccan sovereignty. The Polisario wants a U.N.-backed referendum including on the question of independence.

Read| Explained: The significance of US recognising Morocco’s sovereignty over Western Sahara

U.S. President-elect Joe Biden, due to succeed Trump on Jan. 20, will face a decision whether to accept the U.S. deal with Morocco on the Western Sahara, which no other Western country has done. A Biden spokesman declined to comment.

“He remains convinced that a solution to the question of Western Sahara is possible, in accordance” U.N. Security Council resolutions, Dujarric said.

In October, the 15-member Security Council extended the U.N. peacekeeping mission, known as MINURSO, for a one year, adopting a resolution that “emphasizes the need to achieve a realistic, practicable and enduring political solution to the question of Western Sahara based on compromise.”